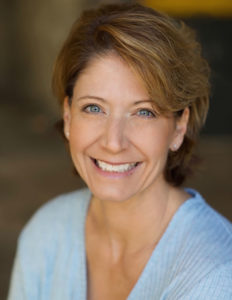 Born the first of twin girls in Rome, Georgia, Jodi Marks had construction in her blood from the beginning when her father brought the family construction business with him to the South from California.

After completing a degree in psychology at the University of South Carolina, Jodi went to work for her father’s construction company as project manager. While working construction by day, Jodi began taking film classes at night and doing commercial/industrial work in the Atlanta area. In 1995, Jodi was one of 30 applicants accepted to the Royal National Theatre in London for their summer training program.

Jodi’s love of theatre and her blueprint knowledge collided in 1997 when a call came from Home and Garden Television (HGTV) selecting her to co-host the series Fix It Up! Other credits for HGTV include covering The National Hardware Show from 1997-2005, Home Watch, Great Fall Fix Up, Blitz Build 2000, and Christmas Across America.

In 2002, Jodi was asked to join the team at Turner South to co-host a home improvement show highlighting stylish living in the South called Southern Home by Design. In 2003, TBS brought Jodi on board their original programming line-up as construction expert for the weekly series The Man Made Movie.

Jodi and co-host, Paul Wilson, collaborated in 2007 to create The Tile Doctor series. In 2009, Jodi and co-author, Steve Schultz, wrote a home improvement book that tackles basic and intermediate projects encountered by homeowners.

In 2008, Jodi joined Today Homeowner with Danny Lipford where she hosts the “Best New Products” segment.

Jodi earned her general contractor’s license and real estate license in Georgia and has been putting both to work in renovating/flipping houses. When she’s not shooting in the studio or on location, Jodi can be found taking time out with her family to enjoy camping, fishing and the great outdoors.