For indoor color and interesting foliage, it’s hard to beat bromeliads. While bromeliads have a reputation as being hard to grow, many types are actually quite easy to keep as houseplants. They’re low maintenance, adaptable to temperature and humidity shifts, and the blooms are long-lasting.

There are too many species of bromeliad to count – including Spanish moss and pineapples – with quite a few varieties cultivated as beautiful houseplants. Bromeliads are either epiphytic, which naturally cling to trees or rocks; or terrestrial, which grow in rainforest humus. While many adapt quite well to being potted, they all require very light potting mix.

The main kinds of bromeliads available as houseplants are the types that grow easily in soil. Potted varieties include Billbergia, Cryptanthus, Guzmania, and Neoregelia. The most common potted bromeliads have brilliantly colored flower spikes atop strappy foliage in all colors, including stripes and spots.

Different varieties of bromeliads can have very different light, water, and fertilizer needs. To give your plant the best care, it’s important to find out about the particular growing requirements of your variety. 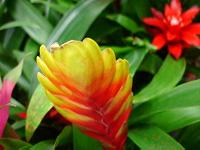 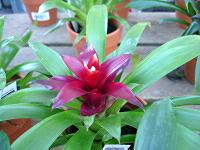 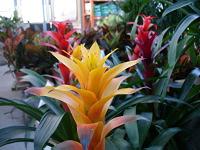 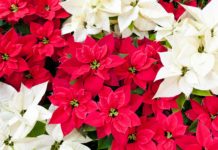 How to Care for Poinsettias Year-Round 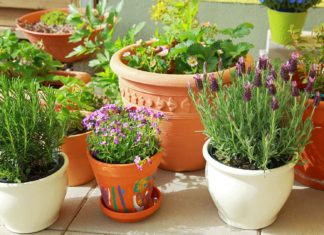 Growing flowers in pots will brighten up your backyard and it's easy to do. Here's everything you need to know about container gardening.