I’ve seen the damage that voles (field mice) can do in a yard or garden; including vanishing bulbs, gnawed bark, crippled roots, nibbled stems, and pathways in the lawn. But it wasn’t until I got a cat that I got a good look at a vole itself!

Don’t worry, animal-lovers, this little guy lived to nibble another day. But after being batted around by my cat in the yard, he didn’t seem to mind catching his breath for a minute in my gloved hand.

My yard didn’t show any damage, so I decided to “live and let live” as long as the vole kept the same attitude. However, not every vole is willing to make that agreement, and an overpopulation of the critters can wreak havoc on yards and gardens.

Here are some tips on how to control voles in your yard.

Voles, a.k.a. field or meadow mice, are little brownish grayish rodents with tiny ears, small eyes, and a short tail. Like other rodents, voles have four toes on their front paws and five on the rear. Unlike their house mouse cousins, voles tend to stay outdoors and low to the ground.

The best way to identify a vole problem is by their runways. Voles make little paths through the lawn caused by trampling and eating grass. You can see these little aboveground highways by parting the grass, and a severe problem might even be visible from above. As further evidence, you might see small brown droppings on the runway, along with openings to their burrows – holes about 1½” in diameter where voles make their underground nests.

Voles are active year-round and are prolific little critters, having up to ten litters per year with a handful of babies each. Populations are often cyclical, swelling and shrinking every 4-5 years or so.

In addition to munching on plants, voles can cause considerable damage by gnawing the bark off trees and shrubs, girdling the trunks or roots and eventually killing the plant. Their irregular, patchy gnaw-marks can be seen near ground or snow level, particularly during the winter. They also can wreak havoc on bulbs, garden vegetables, and root crops.

How to Control Voles and Vole Damage

To manage a vole infestation, you should first modify your garden to protect your plants, then if necessary take steps to reduce the vole population. Here are some tips: 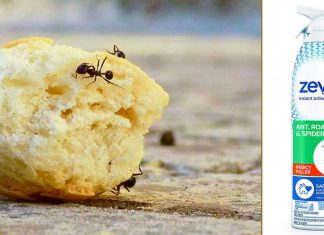 How to Keep Flies Away from Your Grill