Overall, house fires and related deaths have dramatically decreased since the 1970s, thanks to education and technology. But according to the National Fire Protection Association, a U.S. fire department responds to a blaze every 24 seconds.

So, while many homeowners have smoke detectors and fire extinguishers, fire safety awareness remains a top concern, which is why NFPA annually sponsors Fire Prevention Week.

Seven people, on average, died in home-based fires each day from 2012 to 2016, according to NFPA statistics, which show trends between higher death rates and states with more people who have a disability, those who smoke and communities with incomes below the poverty line.

Homeowners should prioritize a fire safety plan that includes prevention, detection and escape.

Meanwhile, many electrical fires erupt due to situations we can control — homeowners accidentally driving nails into wires while hanging pictures, furniture or pets pinching or fraying power cords, and loose connections left unnoticed due to infrequent inspections.

Almost 50 percent of home electrical fires are preventable with arc-fault circuit interrupters, according to the Consumer Product Safety Commission, and installing an AFCI from Leviton in just one room can cover the entire branch circuit, protecting people and property, and offering peace of mind.

Detecting a small fire from spreading begins with installing a smoke detector and testing it often.

Each month, press and hold the “test” button on a smoke detector to make sure the alarm goes off. Replace batteries if the alarm doesn’t work, or if the batteries are more than a year old — then test again. Some smoke alarms have lithium-ion batteries that can last up to 10 years; it’s still important to regularly test those devices.

Always write the date the battery was replaced on the battery or on a piece of tape stuck to the back of the alarm. It’s also a good idea to periodically blow out your home’s smoke alarms with canned air to remove dust. And replace any alarms that are older than 10 years.

Finally, there’s the escape plan. Typically, you have just one to two minutes to safely escape a house fire, so it’s important to set fire drills before an emergency strikes.

This is especially important in households with large families — practice the escape plan regularly and use a stopwatch to time how long it takes to ensure everyone is out of the home.

Even if you’re visiting a friend’s home, always be aware of your surroundings and look for available exits so you can plan an escape in case of emergencies. 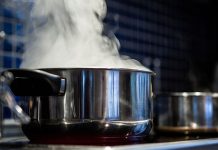 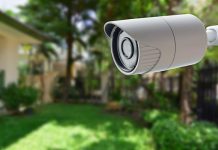 6 Tips to Improve Your Home’s Security

3 Products to Keep Your Family Safe and Secure 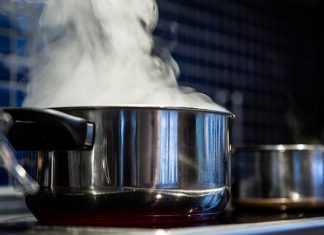 5 Common Causes of House Fires (and 5 Ways to Prevent...

The house is your biggest investment, so protecting it couldn’t be more important. Here's how you can prevent some of the most common house fires.

Fire Extinguisher Safety: How to Prepare for Emergencies

3 Smoke Detectors and How They Work