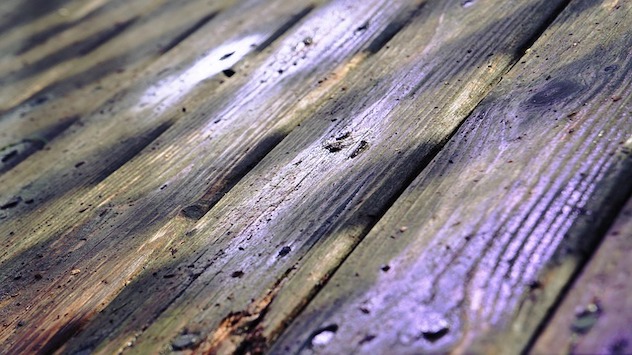 Listen to this week’s show to learn about an efficient solution to pitch or sap leaking from wooden deck boards. Plus, a common problem one homeowner may be having. Find out why her vinyl planks seem to have shrunk.

Plus, we have a behind the scenes listen about the production of our Today’s Homeowner Television show with Director and Producer Scott Gardner.

And, Joe has a simple solution, providing you with a quick way to clean a light fixture.

Laurel in South Dakota says, “I had a deck put on 2 years ago, the floor is 2 x 6 pine. It was treated with 2 coats of oil stain. This summer it was starting to have pitch leaking up from the wood in several places. Have tried both Murphy’s Oil Soap and mineral spirits. Both worked for a few days, but it comes right back and is very annoying. Do you have any solutions to this problem?”

Protecting a Table from Water Rings

Cathy in Florida says, “I refinished a kitchen table. Stained the top of the table and applied 5 coats of poly – but it still shows water stains when a cup or glass is set on the table. Is there another product I can apply that will solve this problem?”

Janice in Florida says, “We installed plank vinyl and after a year it is now not adhering and seems to have shrunk in many areas. The product isn’t on the market anymore. We don’t know how to fix this without taking it out and replacing it with a better product. This is in about 1100 sq ft of our home.” 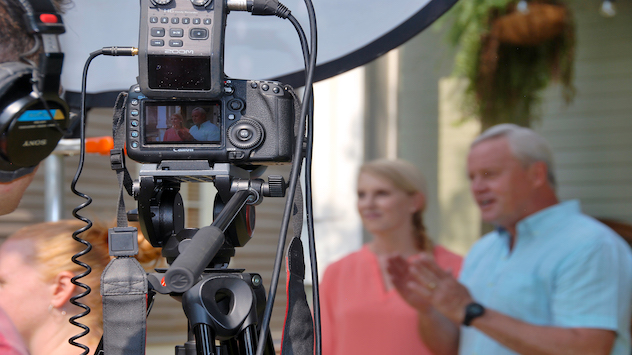 A Peek Behind the Curtain of Today’s Homeowner Television Show

Creative Director and longtime producer on the Today’s Homeowner Television show Scott Gardner is on the show. Scott, Danny, and Joe discuss how the weather became a major obstacle during the taping of the latest episode.