My dryer vents in my attic. What can I do to have it vented outside to prevent lint buildup and to make it less of a fire hazard? -Cindy

You’re right to be concerned. In addition to being against most building codes and a potential fire hazard, venting a dryer in an attic can result in moisture problems which could lead to rot or mold in your attic. Check out our video on Dryer Vent Safety for more information.

If your laundry room has access to an outside wall, cut a hole and install a standard dryer vent. Be careful you don’t cut through any studs, electrical wires, or pipes in the process. If venting outside isn’t an option, you can vent the dryer out of the attic through the roof using a special roof vent to keep rain out.

When venting dryers for long distances, use rigid metal pipe with as few elbows as possible. Attach the sections together with metallic duct tape—rather than sheet metal screws—to prevent lint buildup around the protruding screw inside the pipe.

Check your dryer manual for the maximum length of pipe and number of bends allowed. It’s a good idea to make the vent pipe easily detachable in the attic to allow you to clean it from time to time.

If the vent is longer than recommended, a booster vent fan can be installed in the pipe to increase the distance. To learn more, see our Dryer Vent Extension video. 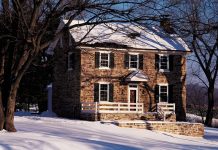 Remedies for Seasonal Expansion and Contraction 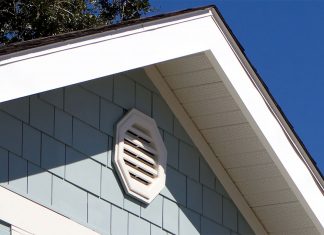 Solved: Why You Should Cover Gable Vents | Ep. 79

If your home has a ridge vent and gable vents, and you plan to install soffit vents, should you cover the gable vents? Yes. Here's why.

How to Keep Moisture out of the Attic and Prevent Mold...

How to Easily Insulate An Attic