I’ve read a lot about how houseplants remove air pollution by absorbing VOCs (volatile organic compounds), but I’ve recently read where some plants actually release VOCs into the air. I’m confused – which is true? -Grace

What you’ve been hearing about is a 2009 study headed up by the University of Georgia, in which four popular houseplants (peace lily, weeping fig, areca palm, and snake plant) were found to emit certain types of VOC gases in a laboratory setting. The plants were placed in glass jars with purified air and high-tech measuring equipment, and the results showed small concentrations of several organic compounds in the air.

While the results are interesting, it doesn’t mean we should all go throw away our houseplants! If you read only the headlines, it might make you wonder if houseplants are as helpful as we thought. However, if you look closer at the study itself, it’s not exactly cause for panic.

VOC (volatile organic compound) is a popular buzzword in the green movement, and reduction of VOC gases is a very important aspect of reducing our toxic load, particularly when it comes to the hazardous off-gassing of petroleum-based products and plastics.

Each country has its own legal definition of the term that is used in laws and regulations concerning air and water safety. However, in the world of chemistry, the term “volatile organic compound” has a much broader meaning, referring simply to organic chemicals that evaporate quickly at room temperature.

VOCs occur in nature all the time – if you’ve ever smelled eucalyptus or wintergreen, you’ve inhaled the scent-producing natural VOCs emitted by these plants. Whether natural or synthetic, VOCs range from relatively harmless (like essential oils) to extremely toxic (such as formaldehyde).

In the University of Georgia study, the main VOCs released by the plants were terpenoids, which are the compounds that give plants and flowers their scent, along with chemicals known to be plant-signaling compounds or pollinator-attracting pheromones. From that perspective, the results aren’t surprising in the least, and hardly cause for alarm.

So what do we take from a report like this? Until further research proves that the risks outweigh the benefits, I take from this study a reminder that balance is the key to abundance. Houseplants are great air purifiers, but is it a good idea to cram an unventilated house full of plants? Or of anything, for that matter, even if it’s “harmless”?

Probably not, for more reasons than just potential VOC emissions. And clearly we need to reduce pesticides and plastics indoors (that part was pretty clear). It would stand to reason that after eons of peaceful cohabitation in nature, until definitively proven otherwise, it’s OK to keep on smelling the roses! 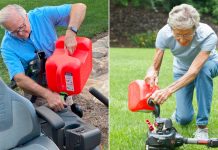 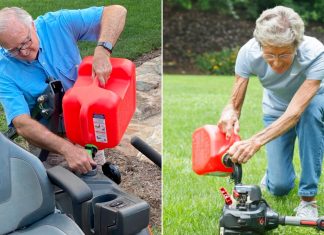 As an important aspect of Healthy Aging® Month in September, Scepter® reminds consumers to re-evaluate the products they use around the home.