We’re moving soon, and I’ve been going through closets and attic, pulling out stuff we don’t need (or, rather, stuff I refuse to move). Last weekend, when the giveaway pile grew higher than the keeper pile, we decided to haul everything outside for a good old yard sale. Around here, people “go yard sale’in” for sport – the competition is stiff and the rules are well established, but we were ready for ’em!

Of course, the professional dealers who rolled up in the predawn twilight made off with the best treasures at shameful bulk discounts, and we both knew it. They were soon followed by the “regulars,” the hobbyists who called out greetings to each other as they picked through boxes of knick-knacks. Then, after a few hours of steady traffic came the midday wave, the bargain-hunters eager to take advantage of tired, hungry sellers and the gathering afternoon thunderclouds.

Man, was I ever a motivated seller! As I struggled up the hill from the basement with a couple-hundred pounds of treadmill on a hand truck, the woman who stepped up to ask “how much?” very nearly got it for free. And the three ladies who arrived as we were boxing up the leftovers really DID get stuff for free.

It was such a success that next time, I’ll double my prices!

It was a flat-out exhausting day, but in the fog of my sleep-deprived frenzy, a few things stand out. The pint-sized granddaughter and her “Maw-maw” who head out every Saturday for some together-time. The person who handed me one thin dime in exchange for a random plastic Dilbert pencil holder that he held like it was gold. The trembling little girl and her mom, who were using the purchase of a red tin treasure-box as a life lesson in overcoming shyness. The thoughtful old man who rummaged through dusty boxes and surfaced with one of my favorite books – surely a kindred spirit. We met neighbors and made friends, and soon realized we should have had the yard sale when we moved in.

By the time it was over, we sellers (or “chumps,” as Matt called us) were almost too worn out to count the pile of cash that had been freely given in exchange for stuff we didn’t want. I was so ruthless with the purge that I’m still looking for stuff and having to remind myself that we sold it. We can downsize to the smaller moving truck and enjoy the freedom of a fresh start. Not a bad deal for a pile of junk! 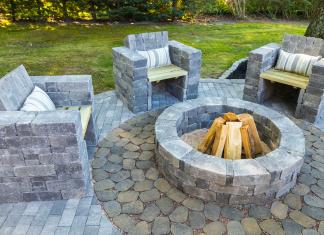