The other afternoon, my husband and I found ourselves in a situation so ridiculous that I hesitate even to tell it. It started innocently enough, Matt’s restoring an antique bicycle, so one afternoon I was helping to disassemble the rusty parts in the backyard.

The picture almost paints itself: two optimistic do-it-yourselfers squatting in the grass covered in grease and rust, flashlights winking in the gathering twilight. Stubborn bike headset refusing to come apart, patience straining against bruised knuckles, undercurrent of muttered curses at the dozens of web articles we’d read that instructed, “simply disassemble the headset. . . .”

Whanging a screwdriver into the bike tube to try to dislodge the rust, and when the screwdriver got stuck, whanging in the opposite direction, until the screwdriver handle flew off across the back yard into the darkness. Deep sighs, bike (screwdriver, grass, and all) dragged into the basement, project canned, two frustrated do-it-yourselfers into the car for consolation tacos at our favorite cantina.

Once we’d cooled off, we decided we had a very serious problem, and it had nothing to do with bicycles! So after a quick rummage in the basement scrap-lumber pile and a low-impact trip to the store, we set about building a workbench.

We started with some simple online plans, modifying the dimensions to fit our space and scraps. An hour and a half later, the bench was finished, with an inexpensive fluorescent work light hanging overhead and a handy plug strip for our tools. And within minutes, we had the bike up on the workbench for a good civilized look.

Those of you with proper workshops surely know what happened next! With a scrap of 2×4 to pry against, and about four gentle taps with the hammer, the entire headset (including the wedged screwdriver) slipped apart perfectly, with all the little washers and bearings routed safely into a storage container. With looks of disbelief on our faces, we high-fived, wiped the grease off our hands with one of our fresh new shop rags, and headed out for celebratory tacos.

A workbench doesn’t have to be fancy. This simple assembly of salvaged lumber had no special hooks or gewgaws, but it saved the day, the bike, and possibly the marriage! It provided good light, calm conditions, and eye-level access, three things sure to make any problem more solvable. I’m afraid that admitting we didn’t have one will cause Matt’s builder’s license to be revoked, but hey – you have to start where you are!

The workbench also sparked a chain of process-oriented projects around the house, where we fix all those things that aggravate us in the course of other, more interesting projects. You know, like dull knives, disorganized socket sets, burned-out light bulbs, bag-eating trash cans, rickety step ladders – if we find ourselves muttering during a chore, the next day we’re returning to the source of the mutter with solution in hand.

It’s amazing how much more pleasant life can be when you identify things you can fix, and fix them! It’s sort of like a zero-tolerance policy for unnecessary frustration, beginning with the workbench and probably never ending.

There are lots of free workbench plans and how-to instructions online, including: 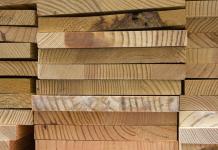 ASK DANNY: How Should I Lighten My Wood Paneling? 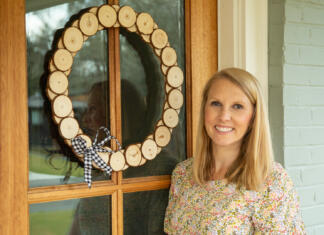