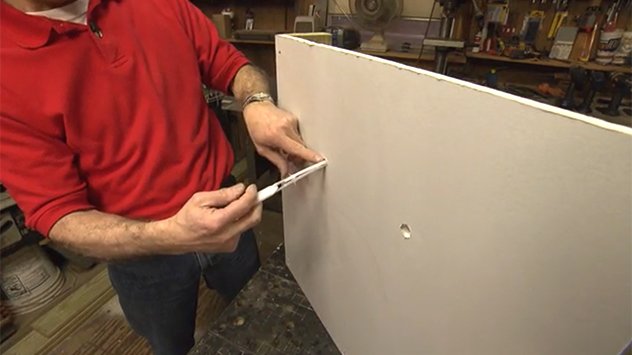 There are several types of hollow wall fasteners, and a toggle bolt is probably the most common. The disadvantages of a toggle bolt is you have to drill a 5/8-inch hole for a 1/4-inch bolt. And, when you remove the bolt, the toggle falls off inside the wall and is lost.

A better version of a toggle is called a strap toggle, which is a metal toggle attached to plastic straps. It requires a 1/2-inch hole for a 1/4-inch bolt. Push the retaining collar forward until it’s tight in the hole, then snap off the straps. Then screw the bolt into the toggle. When you remove the bolt, the toggle stays in place.