Watch the previous or next video in our series of tips for your yard.

Applying a thick layer of mulch around shrubs and in planting beds is a great way to hold moisture in the soil and keep weeds from sprouting.

There are many types of mulch available for your yard, including:

I thought I’d give you a quick tutorial on some of the most popular mulches that are out there. Topping the list, we’ve got cypress mulch. It looks nice, it lasts a long time, easy to spread, very inexpensive. However, environmentalists are not happy about this because the manufacturers are harvesting about 30 million cubic feet more than they replenish each year.

A good alternative, of course, is the red mulch. This looks like a cypress, but it’s just dyed that way. This is actually waste wood, construction debris. One of the bad things about this though is the fact that the dye inside can actually bleed out. I’ve actually seen it stain concrete. This also will deplete your nitrogen levels, you’ll have to replenish that on a regular basis.

Pine bark nuggets are nice. You’ve got the small and the large, this is the large bag. It does look very nice, it lasts a little longer, doesn’t decompose as quickly, inexpensive. However, the big chunks, like this, will have a tendency to wash away. During a good, heavy rain; you’re going to be sweeping it back into place. Plus, this will deplete your pH level, just slightly.

Now, an inorganic option is rubber mulch. This is actually ground up tires. Again, dyed to different colors so it looks good. On the bad side, it’s a little more expensive; and when you first open the bag, a bit of a pungent odor. If you get by that, I like the rubber mulch. 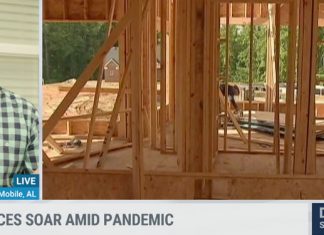 Lumber Prices: Why They’re Rising, and What to Expect in 2021

Lumber prices are soaring. But how did we get here, and what can we expect moving forward? Here’s what you should know about the lumber cost crisis.