Roof damage to asphalt shingles caused by high winds from hurricanes, tornados, and other storms can be reduced by:

This week we’re along the Gulf Coast looking at some of the damage caused by Hurricane Katrina. Now, we’ve seen a tremendous amount of damage where houses were washed completely off their foundations, others destroyed by the high winds; but one thing we’ve seen in almost every house we’ve looked at is some kind of roof damage. Particularly blown shingles like we have on this structure. Now, so many times you have minor work like this that could be minimized if the shingles were installed properly.

Almost every manufacturer of asphalt shingles requires a minimum of four fasteners per shingle. These nails are generally driven below the self-sealing strip and above the overlap point, with one near each tab notch and one near each edge. In areas that are subject to high winds, two extra nails are recommended, for a total of six nails in each shingle or two nails in each tab. It’s also important that the nails be driven down flush with the shingle surface, but not so deep that the shingle is damaged. 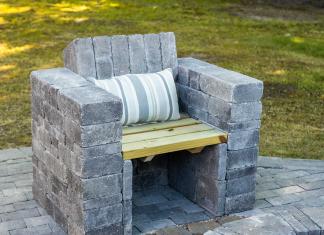