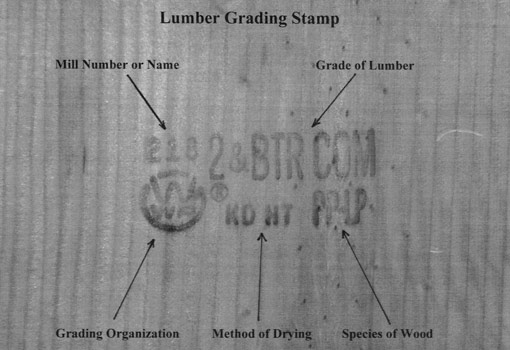 Lumber is graded based on how it will be used. The fewer knots and defects, the higher the grade and the more expensive it is. Since the price can often double from one grade to the next, it’s important not to buy a better grade of lumber than needed.

Lumber from cone bearing trees—like pine, redwood, and fir—are grouped together as softwoods and graded based on either their strength or appearance. Knots and other defects result in a lower grade. Most two inch thick softwood lumber is graded for its strength rather than appearance.

The common grades found at your local lumberyard from best to worst are: 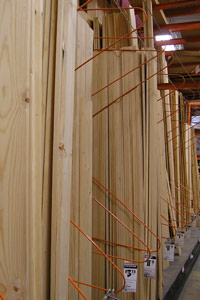 Softwood lumber that is graded for appearance is used mainly for facing boards and other finish work. The highest quality appearance lumber is known as “finish” followed by “select.”

Each category is graded from best to worst as:

Some specialty softwoods—such as redwood and western cedar—are graded on the amount of rot resistant heartwood as well as defects.

The more common grades of redwood are:

Softwood lumber contains a stamp indicating the name or number of the mill where the lumber was processed, the species of wood, how it was dried, the grade it received, and the organization that certified the grading.

Some of the common species abbreviations found on softwoods are: 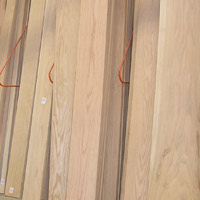 Hardwoods—such as oak, cherry, walnut, and poplar—are graded based on the amount of clear material that can be obtained from the board. Since they are often sold rough, hardwoods are usually not stamped.

The grades from best to worst include:

How to Make a Homemade Water Level

A Home Addition 25 Years in the Making

DANNY LIPFORD - January 16, 2020
A couple gets a long-awaited home addition — watch us tie a new roof into the main house and learn the pros and cons of a ventless gas fireplace.

How to Cut Crown Molding on a Miter Saw

How to Lay Out Right Angles in Construction