Even with the amount of attention hurricanes have received in recent years, there are still a number of misconceptions surrounding them.

Read on to find out about the top 10 myths about hurricanes, and the truth behind them!

Hurricane Myth #10: Only coastal areas are at risk from hurricanes.

While the drama of a hurricane crashing into a coastal area makes compelling front page news, the effects are felt far inland. In fact, strong winds, heavy rain, tornadoes, and inland flooding can spread hundreds of miles from the coast, leaving extensive damage and death in their wake.

Estimates by the National Hurricane Center of the effects of Tropical Storm Allison on the city of Houston, far removed from where the storm made landfall, is estimated at $4.8 billion.

Hurricane Myth #9: A storm surge is the deadliest part of a hurricane.

A storm surge is a wall of water pushed ashore as the center of a hurricane moves on land. While a storm surge can be deadly, more people die from inland flooding and flash floods of rivers and streams because they underestimate the power of moving water.

Hurricane Myth #8: The upper floors of an apartment or condominium are a safe place to ride out a storm.

This is called “vertical evacuation,” and it’s a bad idea. Wind speed increases the higher you go, which can blow out windows and rip off siding. Plus, rising water could cause structural damage to the lower levels. If that’s not enough, high winds and rising water make rescue nearly impossible. 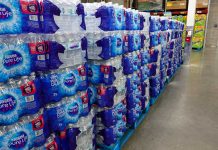 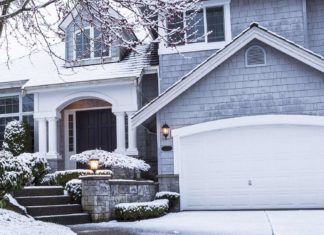 Snow removal is important, but what you don’t know about this chore could cost you. Here’s how to keep you and your house safe.