Handsaws come in a wide range of styles and sizes and are used to make straight or curved cuts on materials ranging from wood and plastic to metal and drywall. The teeth are set (bent) in an alternating pattern so the kerf (groove) cut by the saw is slightly wider than the thickness of the blade to prevent binding.

While most Western saws cut on the push stroke, Japanese saws cut when pulled toward you. This allows for a thinner blade and narrower kerf, resulting in a faster and smoother cut with less effort. On the downside, Japanese saws leave the rough edge of the cut on the face and deposit sawdust on top which can obscure the guideline. They’re also more flexible than their Western counterpart.

To make a cut with a saw, mark or score a guideline on the stock then hold or clamp the wood firmly in place. Position the blade on the line and draw the saw slowly toward you (away for Japanese saws), using your thumbnail as a guide. Once the kerf has been established, remove your thumb and saw along the line with long, even strokes. Support the waste piece during the final few strokes to keep the board from splintering.

Crosscut saws are designed for making straight cuts across the grain in wood. The teeth are sharpened at an angle and beveled to a point, allowing them to cut cleanly without splintering. The blades on crosscut saws are generally 26” long and have 8 to 12 tpi for smoother cuts than ripsaws. 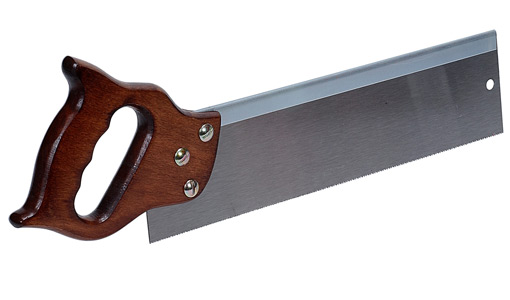 A back or tenon saw has a stiff spine running the length of the blade to keep it rigid and give greater precision when cutting. Backsaws are used in cabinetry and joinery work to make straight cuts for tenons, dovetails, and miters. Most have 10” to 14” long blades with 12 to 16 tpi for finer cuts than crosscut saws. 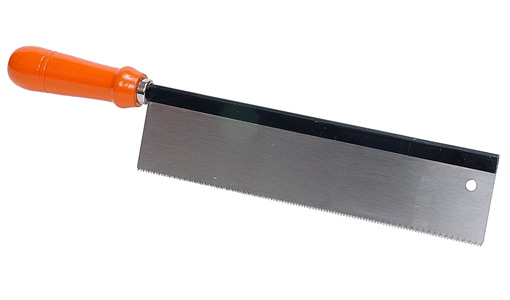 A dovetail saw is a small, specialized backsaw used to make intricate cuts such as dovetail joints and fine miter cuts. They range from 6” to 12” long and usually have 14-20 tpi.

Coping saws have a narrow steel blade mounted in a frame. They are used to make intricate, curved “coping” cuts in the ends of moldings as well as other curved cuts. Coping saws have a replaceable blade that is removed or rotated by unscrewing the handle. The blade is usually positioned with the teeth pointing towards the handle and cuts on the pull stroke to reduce blade breakage. 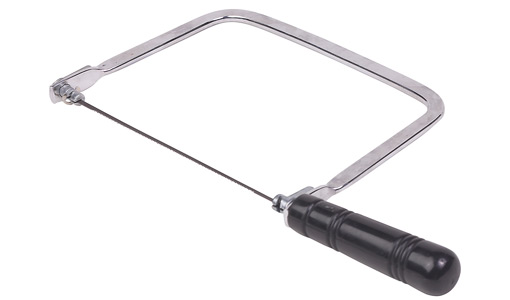 To make a fully enclosed cut, a hole is drilled in the work and the blade inserted through it before being attached to the frame of the saw. Various blades are available having from 12 to 16 tpi, making this saw extremely versatile and able to cut both wood and metal.

Keyhole and compass saws are made to cut curved and straight sided holes in wood and other materials. Keyhole saws are smaller and narrower with 10 to 12 tpi while compass saws are a bit larger and range from 8 to 10 tpi. They have either a fixed or removable blade which comes to a sharp point. Since they have a narrow, unsupported blade, keyhole and compass saws have a tendency to bend when cutting. Japanese keyhole saws are available that cut on the pull stroke which reduces bending of the blade.

As the name implies, these coarse saws are used for cutting drywall or wallboard. They come with either a wide blade for straight cuts, or a narrow keyhole type blade for making cutouts in drywall around electrical outlets and switches. The sharp point of the cutout saw allows the blade to plunge directly through wallboard. Drywall saws commonly have 6 to 8 tpi. Wide saws have a 14”- 15” long blade while the keyhole version has a 6”- 8” blade. 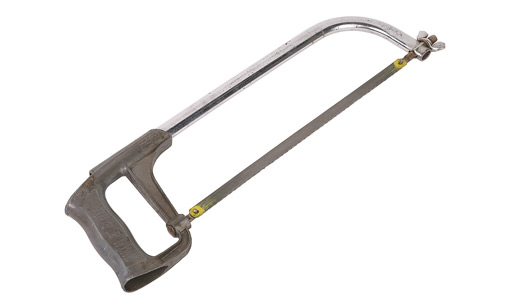 Hacksaws have a tensioned frame that holds a fine toothed blade. They are designed to cut hard materials like metal, plastic, tile, and glass. A close quarter or mini hacksaw is a smaller version with an open frame that is made for cutting in tight spaces.

Hacksaw blades are replaceable and are 10” or 12” long. They are available with fine, medium, or coarse teeth that range from 14 to 32 tpi. Hacksaw blades are rated on the Rockwell hardness scale with a higher number indicating a harder blade. While harder blades can cut through tougher materials, they’re also more brittle and prone to shattering. Bimetal and carbide tipped blades solve this problem by combining a softer metal blade with hard teeth.

A close quarter or mini hacksaw is perfect for hard to reach areas.

Hacksaw blades are available in a number of materials including (from soft to hardest) carbon steel, high speed steel, bimetal, and carbide grit.

Choosing the right handsaw for your next project, and keeping it sharp, will make the job go easier and give professional finished results. 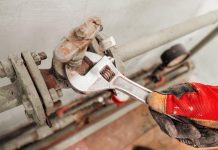 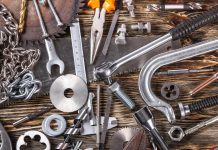 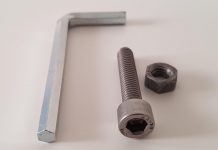 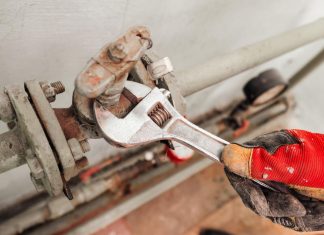 The easiest way to remember which direction tightens and which one loosens is the old axiom "righty-tighty" and "lefty-loosey."