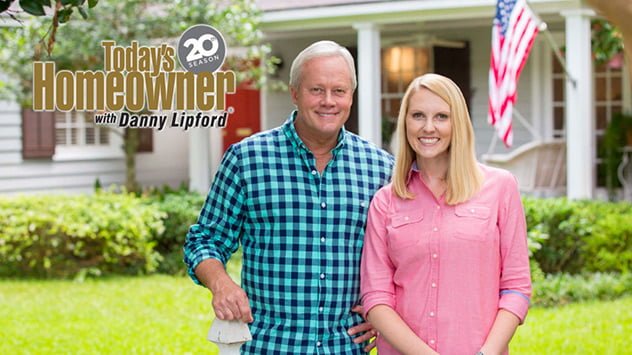 MOBILE, Ala. (Sept. 7, 2017) – Today’s Homeowner with Danny Lipford, the Emmy-nominated, nationally syndicated TV show, will launch its 20th broadcast season this month, taking its place among the most respected, longest-running home improvement shows in the U.S.

Today’s Homeowner will broadcast to more viewers than ever before, with 91% coverage across the country, airing in 207 of the 210 available Nielsen markets. Heading into the 20th season, the show has a 100% renewal rate with syndicated affiliates and will be available in 109 million homes.

Host and show namesake, Danny Lipford, reflects, “Today’s Homeowner’s impressive reach and top ratings are remarkable, and show just how far we’ve come in 20 seasons. Growing up, I had an interest in making old things new again, but never imagined I’d be sharing that with millions on national television.”

The Today’s Homeowner journey began with 11-year-old Lipford, who saved his allowance to purchase his first tool, a mail-order jigsaw. He proudly displays it in his workshop today. Lipford first appeared in front of the camera as a remodeling expert on a friend’s local call-in TV show, where he quickly learned he had a knack for helping others to understand and tackle home projects. Eventually, he took over the show and began to build the Today’s Homeowner brand.

Fast forward to 2017, and Lipford reflects on the show’s history, evolution, and staying power. “One thing that has remained constant over the years, is the thirst for realistic, current information about homes and how to maintain and improve them. Many people feel they have to get way out there with their ideas, when most homeowners want the basics. I think that is why we have been able to not only remain on the air but to continue to grow through the years. We have ‘stayed the course’ in what we believe homeowners want and that keeps our viewers coming back.”

Today’s Homeowner is the highest-rated syndicated home improvement TV show on the air. The loyal audience of nearly 2 million weekly viewers appreciates the quality, practical, expert advice they get from the show week after week. An independent survey indicates Lipford and his team continue to hit the mark with 97% of viewers rating the information they receive from Today’s Homeowner as excellent.

Even with the show’s long-standing success, Lipford and his editorial team continually look for ways to improve content and the viewer experience. Most notably for the 20th season, viewers will see Lipford’s daughter, Chelsea Lipford Wolf, step into the role of full-time co-host alongside her dad.

This change positions Lipford and Wolf as the exclusive father-daughter host team for syndicated home improvement TV in the U.S. Wolf, 29, sees herself as a bridge between her expert dad and the average do-it-yourselfer, able to ask questions that beset typical Today’s Homeowner viewers. “I enjoy learning new skills from my dad and know that will continue both on – and off – the show,” she comments. “But what I’m looking forward to most in this new role is teaching him a few things! When I’m not trying to keep dad in line, some of my favorite projects include upcycling, incorporating technology into the home, and keeping up with new trends. So, you’ll see me introducing dad and our awesome homeowners to a few of my own tricks this season.”

This season, the Today’s Homeowner cast and crew will hit the road to highlight several special home community service projects throughout the country as part of a first-time “20th Season Tour.” Currently, tour episodes are being planned in Tulsa, Okla., and Houston, with more locations in the works for 2018.

In addition to the tour, Today’s Homeowner is marking the show’s 20th season with a new, enhanced logo and a special anniversary section on TodaysHomeowner.com. This new landing page will be the hub for all news and special features during season 20. Visitors will have access to exclusive interviews with the cast and crew, a 20-question interview with Danny, photo galleries from the past two decades, contests, media appearances and more.

Today’s Homeowner will also utilize its social platforms to share 20th season news and updates throughout the year. Fans can follow and engage with the hashtag #THSeason20.

The Today’s Homeowner 20th season kicks off the week of Sept. 18 with its first episode, “Renter’s Renovations.” Though it can be challenging to personalize a rental space, Danny and Chelsea help a trio of roommates in Birmingham, Ala., boost the style and security of their rental home. The beauty is that the fixes are temporary and can move with the roommates when they graduate to first-time homeowners. 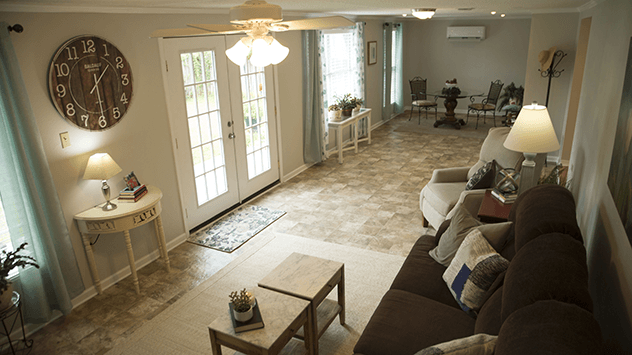 Danny and Chelsea improve Lisa Murrill's back-den addition so it looks like any other room in the house (and not an addition).