We’re adding some curb appeal to a Chicago-area home by making changes both large and small.

We’re in Des Plaines, Illinois, to deliver the grand prize to the winner of our Curb Appeal Makeover Contest sponsored by ThermaTru.

Julia Gray shares this home with her husband, Ted, and their children and dog.

In addition to replacing the front-door unit, we’ll add some architectural detail with a small window arbor and two window boxes.

Plus, we’ll rework the landscaping and fine-tune several other details to improve the curb appeal of this 70-year-old home. 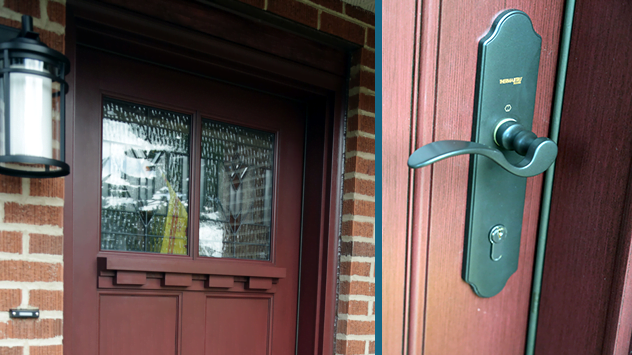 ThermaTru has an online tool that makes it easy to match a door with your home’s color scheme.

The Grays took a photo of the front of their home, uploaded it to the website, and then dragged and dropped photos of front doors to determine which one best suited their home.

After the couple made their selection, ThermaTru’s team showed up, took off the Grays’ storm door and hardware, and then removed the existing door.

They pried the old door frame out, cut it with a reciprocating saw and then removed the old frame to make way for the new one.

The Grays’ new door has cool decorative glass, a dentil shelf and a beautiful mulberry finish.

The metal porch rail is in great condition, but it has some flaking paint and some rust, so Chelsea sands the rust down, and then she uses a rust-blocking spray paint to make it look nice and sharp. 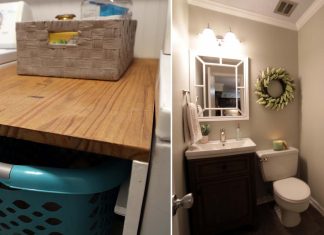 Brad and Mary need a more functional laundry room and a better bathroom. Here's how we made their home work for them!