Taking down a wall or removing a section of one is a part of most major remodeling projects. Over the years, many of my customers have had us break through a wall in a little used formal dining room to enlarge the kitchen and create an open floor plan.

We’ve also removed quite a few walls for homeowners who want to transform small adjoining bedrooms into a single master suite. And, of course, exterior walls frequently need to be removed for additions in order to help integrate the new space with the old.

Some walls can be removed without much fuss. Interior walls that run parallel to floor or ceiling joists generally do not bear the weight of upper floors or the roof, and can be removed completely. But all exterior walls and most walls with ceiling joists or beams resting on their top plates are structural. If one of these walls is removed, a beam must take its place to support the weight above.

Before tearing out a bearing wall, my carpenters build a temporary wall to carry the load until the new beam is in place. If the opening is 10 ft. long or less, we fabricate the beam on site from 2-by lumber and plywood. The depth of the beam is critical, and remodeling contractors rely on span tables to specify the right size.

For longer spans, engineered beams make more sense. There are two basic types. “Glulam” beams are made from lengths of solid lumber glued together; they can take a stain and varnish finish. Laminated veneer lumber (LVL) beams are made from wood veneer, and are usually covered with drywall or solid wood for appearance sake.

When removing a wall, I usually recommend that the homeowners leave a short section of the wall in place on either side of the new opening. This makes it a lot easier to install the beam, and it also creates a bit of a corner for placing chairs, cabinets and other furniture or decorating elements.

Whether the wall is completely or partially removed, the demolition work is messy, so we isolate the area with plastic sheeting. And one thing that few people plan on is the void in the finished flooring that’s revealed when the wall comes down. It has to be patched, or a whole new floor has to be part of remodeling plans. 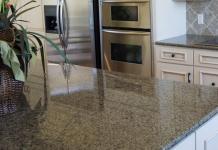 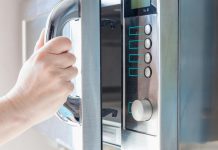 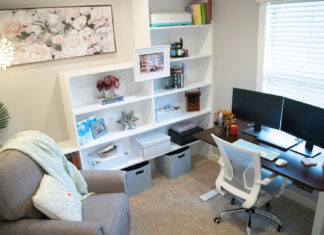 This week we're helping a young couple, who both work from home, create some separation between work and home life.