I’ve been around long enough to remember when you had to use a screwdriver to drive in screws. Imagine that! Nowadays, of course, cordless drill/drivers dominate the screw-driving world. 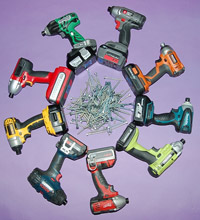 The nine impact drivers I tested.

And while drill/drivers are incredibly versatile, they’re starting to lose ground to a relatively new type of cordless tool: the impact driver. An impact driver is specially engineered to do one job: drive screws, which it does faster and easier than any other tool. Plus, it can drive long, large fasteners—including fat lag screws—that would stall the very best drill/driver. Here’s how an impact driver works:

The tool uses both bit rotation and concussive blows to power-drive screws through the thickest, densest woods. The result of this two-punch combination is raw, unadulterated power. In fact, impact drivers deliver two to three times more turning force (torque) than the average drill/driver. Yet despite all its brute strength, an impact driver is extremely easy and comfortable to use because the concussive action transfers all that torque directly to the screw, not to your wrist or forearm.

A few months ago, Popular Mechanics magazine asked me to test impact drivers, to see if the tools performed up to all the hype. So, I ordered nine of the latest 18-volt lithium-ion models and ran them through a battery of exhaustive tests. (The subsequent article appears in the June 2010 issue.) 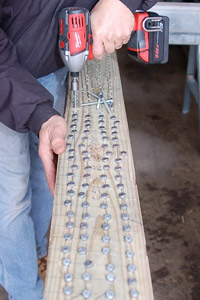 It was a fun gig for a tool nut like me. I compared features, ease of use, balance, handle comfort, and other subjective aspects of each tool. But I thought it was also important to compare battery performance, so I decided to see how many 1/4” x 3” lag screws I could drive on a fully charged battery. What was I thinking? It took two days to drive nearly 900 lags before I finally exhausted the last battery—and myself.

After the dust settled and all data was collected, I was quite impressed with the performance of the tools. And I’d certainly recommend an impact driver to anyone who’s building a deck or other project that requires a lot of screw driving. But I was most grateful for the fact that I decided to drive fat lag screws and not skinny drywall screws; otherwise I’d still be down in the garage driving screws and waiting for the batteries to finally succumb.

NOTE: The Milwaukee impact driver pictured above drove an astonishing 138 lag screws on a single charge. 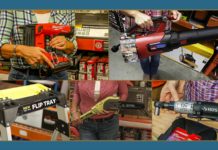 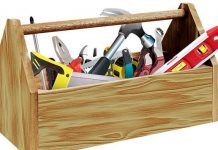 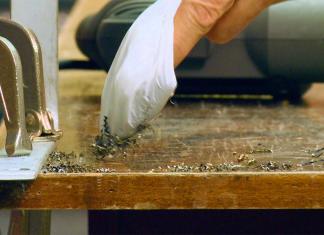 How to Pick Up Metal Shavings in Seconds

It doesn't get much easier than this! Here's how to pick up metal shavings — without a shop vacuum. 😎

How to Choose The Best Portable Air Compressor