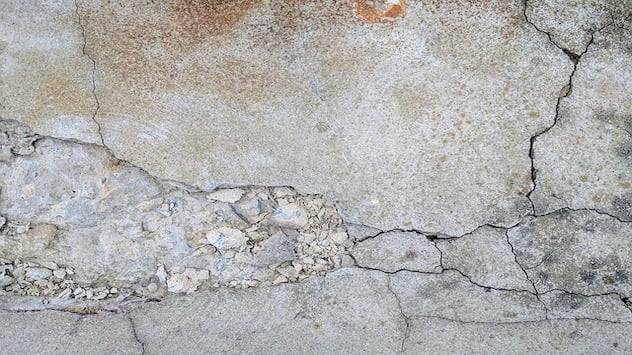 George in Florida says, “We’re fixing up our house to put it on the market, so we’ve been working on curb appeal projects like painting the front door and adding landscaping to attract buyers.

“The problem is our driveway looks terrible. It has tiny cracks all over and places that look like the cement has peeled away.

“I don’t want to paint it because I know that won’t last in this climate. Any ideas or specific mix from Quikrete that may help me in this situation?”

We tell George that if the heat of the climate doesn’t kill the paint, the heat from car tires on it will, and it will look worse than before.

It sounds like your driveway is a good candidate for resurfacing. Essentially, a concrete re-surfacer is a thin layer of concrete-like material that covers the existing slab to make it look new.

Quikrete’s new resurfacer is called Re-Cap and it has a bond strength that is four times greater than other resurfacing materials. For you, that means it will stick to that driveway despite the weather or vehicle traffic.

You have to clean the surface first with a 3500 psi pressure washer, just like you would if you were painting.

Then you mix up the Re-Cap in a bucket and pour it out on the damp concrete before you spread it out in a thin layer with a squeegee.

As it dries, you can add a little texture by pulling a push broom across the re-surfacer to create a slip-resistant surface.

The smooth, consistently colored surface will not only add to your home’s curb appeal, but it will also add value for the new owner.

You can walk on it in just eight hours and drive on it in 24 hours.