Here are some of the highlights from the February 20, 2010, Homefront with Danny Lipford radio show.

Guests on This Week’s Show

Woodcraft magazine’s senior editor, Paul Anthony gave us an idea of what we can see in the current and upcoming issues of Woodcraft Magazine.

Actress, comedienne, singer and all-around entertainer, JoAnne Worley, dropped in to chat about Woofstock in Beverly Hills as well as the guest appearance she’s making in a limited engagement show with two-time Oscar and Grammy winning composer, Richard M. Sherman. 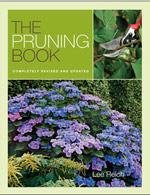 This week’s topic was the trials and tribulations of remodeling your house when you have pets around.

Great Giveaway of the Week

This week’s giveaway was the new book by Lee Reich,
The Pruning Book from Taunton Press.