Most homeowners typically buy nails and wood screws at the hardware store in one pound boxes. We use a handful on a project and then they’re nowhere to be seen the next time we need that same size. To remedy this, create a simple storage shelf intended specifically for fasteners. Those one pound boxes I mentioned are three and a half inches deep, just like a two by four stud. So they fit perfectly into the space between the open studs on a garage wall. First nail in a one by four horizontally between two studs to support the boxes. Then tack a lattice strip across the front of the studs, just above the shelf, to keep the boxes from falling off. Now you’ll know exactly where that box of nails is the next time you need it. 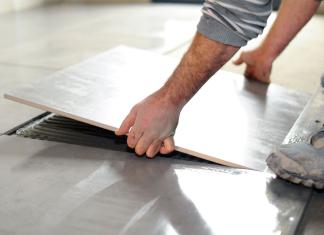 Does your covered deck have rotting beams? Listen to the Today's Homeowner Radio Show for the solution to this common problem!

How to Check a Water Meter to Find Plumbing Leaks