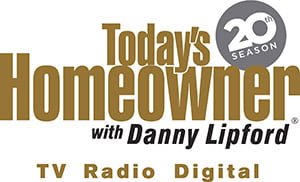 In addition to the long-form show, Today’s Homeowner Media is seeing weekly growth for the brand’s 90-second vignettes, titled Tips for Today’s Homeowner. The Tips, perfect for both music and talk formats, currently air on 142 stations.

The surge in popularity of Today’s Homeowner radio is a result of the brand’s targeted, strategic marketing campaign designed to increase awareness and grow distribution of both radio properties. Key components of the effort include:

Reflecting on this substantial growth, Today’s Homeowner Media president and host, Danny Lipford, comments, “We’re hearing from a steady flow of industry professionals who are listening to our demos and wanting to learn more, including former affiliates of my recently departed friend, Glenn Haege, of ‘The Handyman Show.’ As soon as they hear how we approach home improvement radio, they immediately want to be a part of it and understand what my loyal audience has known from the beginning – that Today’s Homeowner stands for quality, dynamic radio that is fun and delivers practical information they can use in their homes right now.”

Lipford notes that his team is set to continue to build on its existing momentum, anticipating continued weekly growth for both radio products.

Danny Lipford is America’s Home Expert and one of the most respected and sought-after names in the home improvement industry. As president of Today’s Homeowner Media, Danny anchors the brand’s Emmy-nominated, nationally syndicated Today’s Homeowner Television and Radio Shows, delivering fresh, practical and trusted advice for maintaining and improving homes to millions of consumers. As the go-to home improvement expert for media, he has made more than 180 national television appearances including FOX & Friends, FOX Business Channel, The Weather Channel, HLN and Inside Edition. He contributes to hundreds of broadcasts, websites and print publications annually.