The thumping sound often heard when water to a faucet or other plumbing fixture is turned on or off is called water hammer. It’s caused by a sudden change in water pressure in the pipes and can be prevented by installing a water hammer arrester or water expansion tank in the water line near your hot water heater.

Both these devices work by providing a compressible cushion of air that acts as a shock absorber to reduce spikes in pressure in the water line. Watch this video to find out more.

Danny Lipford: Racheal asks, “What causes the hammering sound in my water pipes when I turn on my kitchen sink?

I can’t stand that thump, thump sound you hear a lot of times when you turn a faucet on or off in your home. What causes that is the pressure in the waterlines, which could be as high as 60-pounds-per-square-inch, is causing a little bit of movement because of the sudden flow, on or off. And it’s causing noise because the clamps that are holding the water pipes to the framing in your home are a little loose.

Not much you can do about that. But what you can do is have a plumber install one of two different types of systems to prevent that. One’s called a water hammer arrester—they’re basically two vertical pipes positioned directly above your water heater—or a water expansion tank that also is located directly above the water heater.

Either way, it equalizes that pressure and will quiet your water pipes down. 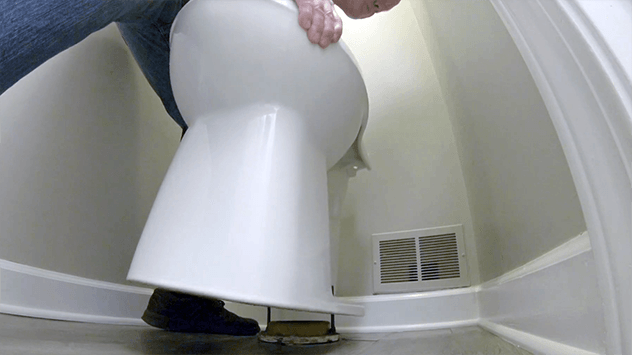 How to Install a Toilet in 6 Easy Steps

Installing a toilet, or removing one to paint the walls or lay flooring? The process is pretty much the same! Watch and learn how to install a toilet.

The Benefits of Clean Drinking Water

What You Need to Know About Frozen Pipes

Tips for a Functional Laundry and a Better Bath