As we wrote this column we were returning home from a remote radio broadcast that had aired from Rockford, Ill. Rockford is a large community (population 145,000 +/-) located about an hour west of Chicago. The radio show was going along pretty much “as usual” until we took a call from an older-sounding gal who phoned in with a special plumbing problem.

Before we could finish welcoming her onto the air she immediately proceeded to bark out several instructions, “Hold on, she said, I need to get the phone closer to the toilet so that you guys can hear the terrible racket that my it makes every time I flush”! Before we could respond she immediately proceeded to do just that. We could feel the silence as America waited anxiously to share in the lady-caller’s toilet-tank-symphony.

The lever dropped and the cycle began. Within moments the phone line transmitted the roaring howl of her troubled flush. After a laugh or two – and with all of the melodrama completely dispensed – we proceed to explain to the lady how easy and inexpensive the repair could be. We went on to describe that it would take a 59-cent washer, a screwdriver and about 30 minutes of her time to do the job.

We continued, “shut off the toilet water supply at the wall valve, flush to empty the tank and unscrew the top of the ball-cock valve to expose the culprit, dried-out noise-making washer”. She interrupted, “Wait a second, that’s too confusing for me”.

The point to our story is simple – even the most basic repair can overwhelm some folks. Could you imagine what her response would have been had we told the caller that her repair would involve soldering?

How’s that for a segway into a look at one of plumbing’s more user-friendly connecting devises – the compression fitting. It’s user-friendly alright, but a less than cautious DIY’er could easily end up with a leaky connection. We like to call this one the “don’t move it once everything has been tightened or it might leak” fitting. We’ll tell you why in a moment.

The compression fitting is a three-piece assembly that consists of a cap-shaped nut with female threads, a compression ring (that looks exactly like a simple wedding ring) and a seat section with male threads (usually an integral part of a faucet or fixture of some kind). The cap nut and the seat are screwed together causing the compression ring to squeeze tightly against both and the adjoining pipe. Thus, causing a “compressed or compression” type watertight connection.

Way back when, during our tenure as maintenance guys on the “Ark”, water pipes were all connected with threaded fittings. However, with the advent of copper pipe soldering became the common connecting method. By the way, soldering is not an easy task for even the most astute do-it-yourselfer. In the beginning there must have been quite a bit of resistance to soldering among those who were used to making pipe wrench connections. With the advent of the compression fitting a simple solder-free pipe wrench connection could again be made. No wonder compression fittings became so popular so quickly. Although compression fittings allow for the instant and easy removal and replacement of most household plumbing connections – without the need for a soldering gun or torch – there are a couple of drawbacks.

Once connected, the pipes traveling into and out of compression fittings must not be disturbed. Often, even the slightest movement can cause an otherwise watertight joint to leak as if it had never been properly tightened to begin with. It really is funny to watch a novice install a compression fitting. Then, immediately after tightening the connection, the newcomer will wiggle the newly connected pipe to insure that the joint is solid. This usually results in the instant creation of a leak. The trick with compression fitting connections is to leave them alone once the join has been achieved. Under-sink and other out-of-the-way fixture connections are where such fittings are most secure.

To remove an existing compression fitting remove the cap nut and then use a fine tooth hacksaw to cut the compression ring off the pipe. Caution must be used to prevent slicing up the underlying pipe. And, good luck! 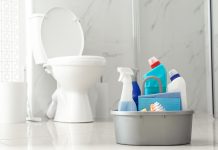 The Scrub-Free Way to Clean Your Toilet 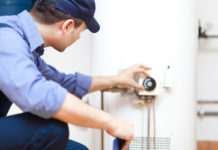 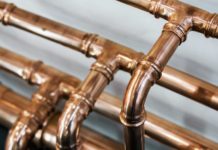 How Long Does Copper Pipe Last? 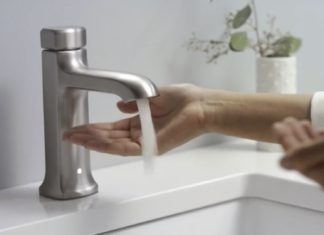 Touchless faucets are nothing new, but now you can have that same technology in your home bathroom with the new Kohler touchless faucet.

Bring Your Inner Chef to Life with the Kohler Sous Faucet