Could you wrap your house with a plastic vapor barrier on the outside before you brick it? If not why, because I’ve heard you can on the inside? I know you can use a Tyvek wrap, so why not plastic? – David

When warm moist air cools, it can become saturated and release some of its water vapor in the form of condensation. If this occurs in the walls of your home, it may lead to the growth of mold or cause wood to rot. Vapor barriers, like plastic sheeting, prevent the passage of both liquid water and water vapor while housewraps, such as Tyvek Homewrap, stop liquid water but allow water vapor to pass through.

In colder climates a vapor barrier is used on the inside of walls to keep warm moisture laden air from escaping during the winter. Installing a vapor barrier on the outside could cause moisture to become trapped behind it or condense in the walls.

In warm humid climates, the use of a vapor barrier on the inside is not recommended since it could have the opposite effect during the summer when the house is air conditioned. This is not as big a problem as in cold climates, however, since the temperature difference is not nearly as great.

Further information, including a map showing the recommendations for vapor barrier use, is available at the U.S. Dept. of Energy website.

Vapor barriers are not considered as important under floors or in ceilings, since attics and crawlspaces are usually vented to the outside which allows condensation to escape without becoming trapped. 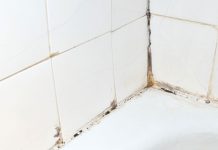 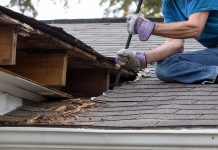 4 Quick Ways to Detect Mold in Your Home 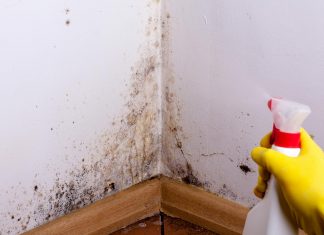 4 Ways to Detect Mold, and 1 Way to Prevent It

Tips for Removing Mold and Mildew in the Shower | Ep....