Kayla Williams won the grand prize, which she plans to give to her husband, Rakim.

“I entered this contest because my husband really needed a couple of the tools that were being given away,” Kayla says.

He will put those tools to good use, too, she said, because the couple are avid do-it-yourselfers.

“We are definitely DIYers and dabble in all sorts of projects from refinishing furniture to building cars and fixing things around our house,” she says. “If we can make it, we most likely aren’t going to buy it!

“It’s [a lot of] fun doing things yourself. I’m a Dirt Cheap and Bargain Hunt shopper so I often come home with lots of furniture for him to put together.”

Kayla says her husband loves staying busy and working on his cars.

“Our storage room and carport [have] been turned into his shop but we’re in hopes of building him an actual shop this year so he can start a legitimate automotive business,” she says.

“I had never visited todayshomeowner.com until I came across the giveaway but I have since then visited a couple of times and really enjoyed the content and articles!” she says. “I’m always looking for new tips and tricks in my DIY projects.”

Today’s Homeowner partnered with Ryobi Power Tools for the New Year, New Tools Sweepstakes, which ran from Dec. 10 through Dec. 30 on TodaysHomeowner.com.

Here’s what Kayla and Rakim will receive:

This kit features a drill/driver with a screwdriver bit; a circular saw with a blade and blade wrench; a reciprocating saw with two blades and a hex key; an impact driver with a Phillips bit and socket adaptor; a JobPlus Base with a multi-tool attachment head, a wood cutting blade, a segment saw blade, a sanding pad, sample sandpaper, an Allen wrench, a universal multi-tool accessory adaptor; a worklight; a charger; two 1.5 Ah Lithium+ batteries; a tool bag; and operator’s manuals.

This miter saw, which runs on a brushless motor to ensure maximum runtime and product life, includes a 10-inch carbide-tipped blade, a work clamp and a blade wrench.
It operates on Ryobi’s P194 batteries and completes over 800 cuts per charge.

Features a crevice tool, a floor nozzle and extension wands.
It also has multiple carrying handles for easy transportation, a no-tip wheel design, 360-degree mobility and plug-in or battery power (compatible with Ryobi ONE+ batteries)

An 18-Volt 4.0Ah Lithium+ battery powers this 18-gauge brad nailer (which includes sample nails and a belt clip) for peak performance! The tool uses up to 1,700 nails per charge.
Best of all, there’s no guesswork — a low-nail indicator lets you quickly and easily see when it is time to reload.

Lithium-ion’s chemical composition resists drainage when idle, so these batteries are built to last.
A built-in, four-bar illuminated charge indicator alerts you to diminishing capacity.
And freezing temperatures are no match for these batteries, which withstand weather down to 14 degrees Fahrenheit.

This quickly charges up to six ONE+ lithium-ion or NiCd batteries — one battery can charge in as little as 30 minutes!
But that’s not all. The Super Charger also features a USB Port that allows users to charge smart devices while juicing up their ONE+ batteries.

The ‘New Year, New Tools Sweepstakes’ follows Today’s Homeowner’s ‘Tools Under My Tree Sweepstakes,’ which by coincidence, also resulted in a winner from Mississippi.

Linda Lewis, of Moss Point, won the tools during that sweepstakes, which ended Dec. 9, 2018, and said she wanted to give them to her husband, James.

Today’s Homeowner uses a random number generator to select the winner of its sweepstakes. 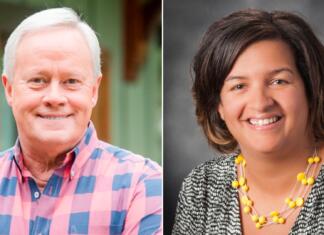 This week, Michelle Tennant from Erie Insurance answers some of the most commonly asked questions about home insurance.