Quicklawn grass seed claims to start growing within seven days and provides a thick, lush lawn that stays green all year long. It also says it grows well in a wide range of soils, including clay soil or sandy soil, and is shade tolerant.

In our homeowner test in Mobile, Alabama, Quicklawn didn’t hold up to the extreme summer heat in direct sunlight, though it did better in shady areas.

VIDEO TRANSCRIPT
Danny Lipford: Several months ago, we helped my friend, Mike Herndon, with a paver patio in his backyard; and we asked to him to try out Quicklawn. It’s a grass seed that’s supposed to create a lush carpet of four-season grass. Let’s see what Mike thinks.

Mike Herndon: Well, it came up real nice, to start off with. And I guess it was four or five days, we started getting a lot of green growth. It looked really nice. And then, as the weeks went by, and the sun was beating down on it, the areas that were bare before, it hadn’t really done very well.

Danny Lipford: Yeah, well, they say it’s a four-season grass. And of course, this is some pretty extreme, you know, temperatures we have now, and over the last, say, a week or so. But, also, I remember you had some water settling here and there. But I really don’t know if that’s affected it or not.

Danny Lipford: Right. Right, yeah. Well, at least it looked good for a little while.

So the Quicklawn is something of a mixed bag. It came up quickly and filled in nicely, but it wilted under the heat of the southern sun.

You may have better luck if you live in a slightly cooler climate, but we’re giving it a three out of five stars. 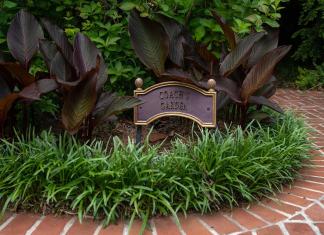 Veteran landscape designer Jane Waldrop visits with a college football coaching icon, Coach Vince Dooley and his wife on a tour of their backyard gardens.

How to Spruce Up a Summer Garden with Tropical Plants