The Pocket Hose is a lightweight garden hose available in 25’, 50’, 75’, and 100’ lengths. It claims to be able to expand to three times its length when the water is turned on, and then to contract back when turned off. The Pocket Hose also claims to never kink, twist, or tangle.

The hose did expand and contract as claimed, but the homeowner noticed that it contracted less over time. Watch this video to find out more.

VIDEO TRANSCRIPT
Danny Lipford: This is called the Pocket Hose, and what they basically say is that you, you know, hook it up to the hose bib, put your sprayer on it, and turning it on. And this little thing is supposed to expand to 25 feet long.

Danny Lipford: And so give it a try and see what you think.

Danny Lipford: The first thing we notice is that the plastic fittings are a little difficult to work with. When it is finally connected, pressurizing it is a pretty cool show. And after that, it’s like using any other garden hose.

Mike turns it on and off a few times to see if it will really keep shrinking, or maybe just to watch the show. But what’s his take on it?

Mike Herndon: It seemed like the more times we used it, it shrunk a little bit less each time. But still definitely shrinks enough to, you know, save you some steps from going out there and getting a traditional hose.

It seems to be fairly sturdy fabric. With a garden hose and the value, a lot of it, I think, is determined by how long it’s going to last, So that will remain to be seen, I suppose.

Danny Lipford: The Pocket Hose does expand and contract as promised. But the plastic fittings and leaks right out of the box, means don’t count on it for a long life cycle.

We gave it a two-and-a-half out of five stars. 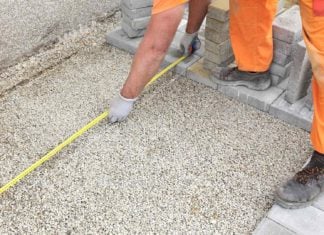 4 Easy Tips for Planting in a Pot or Container

How to Build a Wood Pergola