Cold temperatures and higher energy bills have many Americans taking a second look at their thermostats this year. The season has already seen severe winter weather events from coast to coast, and Americans throughout the country had to run their heating through these extra-cold periods. And now many are dealing with the higher energy bills that the cold spells and high costs have brought on.

High energy bills are particularly unwelcome this year because most people have already seen their spending power eroded by high prices elsewhere, from grocery stores to gas stations. Unfortunately, the costs of natural gas and heating oil have risen as well and remain near historic highs. Households can expect to pay 36% more to heat their home this winter compared to two years ago, according to the National Energy Assistance Directors Association.

Given all of these stressors, we wanted to gauge Americans’ concern about energy costs and better understand when and why they choose to turn the heat up or down. To that end, we analyzed data from a survey of 3,900 people throughout the country to get a feel for how Americans are weathering this winter.

What Temperature Do People Prefer?

Scientists say the ideal temperature for human bodies to function at is around 70 degrees Fahrenheit. Our findings show that people by and large agree with the scientists here.

There was remarkable consistency in people’s ideal temperatures for their homes, with no generational variation to speak of. There was very slight variation between genders, with men preferring warmer temperatures, though only by a few tenths of one degree.

There was more regional variation, with people in the Northeast and Midwest keeping their homes an average of one degree cooler than households in the South.

When we drill down to the state level we see a slightly wider spread in temperature preferences between locations. The highest winter thermostat temperatures were in Arizona, Florida, New Mexico,  Mississippi, and South Carolina. The states where people had their thermostats set the lowest were Montana, Washington, Hawaii, Vermont, and Rhode Island.

When Do People Turn On Their Heating?

Over four out of five Americans turn their heat on when the outside temperature drops to a certain point. The rest are divided between those who wait for the first snowfall (10.4%) and those who wait for a particular month (8.3%), which is most often November.

Among that majority who have a temperature threshold, the average outdoor temperature that caused them to turn on their home heating was 50.6 degrees. Again, this was largely consistent among age groups.

However, women had an average temperature threshold that was 1.4 degrees lower than men. Women would wait until the outdoor temperature dropped below 50 degrees, and men reached to turn on the heat before it dipped to 51 degrees.

Again the colder regions of the country seem to tolerate lower temperatures better than other areas. Households in the Midwest will wait to turn on the heat until the temperature drops 3.2 degrees lower than people in the West.

State-level results were largely in line with the regional variations. Hawaii, California, Arizona, South Carolina, and Florida all turned on their heating when the outdoor temperature was 53 degrees or even warmer. Maryland, Maine, Rhode Island, South Dakota, and Connecticut all waited until about 47 degrees or colder.

How Often Do People Adjust Their Thermostat?

Our data showed that a significant predictor of how frequently a household adjusts its heating was whether or not that home had a smart thermostat installed. A smart thermostat can adjust its temperature based on whether the home is occupied, allowing you to reduce unproductive energy consumption.

We found that most people do not have a smart thermostat. However there was a notable difference between men and women in this regard. Only one-quarter of women own a smart thermostat, while over 43% of men own one.

It is important to keep in mind that changing a thermostat frequently is not itself a guarantee of greater energy efficiency. In fact, forcing your thermostat to climb or drop steeply too often can lead to more energy use and a shorter lifespan for your system.

Most people decide how to use their home heating based on a combination of factors. But when we asked people what was the main reason they adjusted their thermostat, the overwhelming majority said it was simply to be comfortable.

However, many people said that saving money was their primary motivation. As we noted earlier, energy costs have gone up in the past year due to inflation and volatility in global energy markets. It appears that consumers are noticing this price hike in their monthly bills.

The majority of respondents said their energy costs have increased this year compared to last.

However, the share of respondents saying their costs have gone up changed depending on which region of the country they were in.

The data shows that more people living in the Northeast and the Midwest say they are facing higher prices than last year. Meanwhile those in the South and the West are the most likely to be seeing lower prices. This may be a result of colder regions needing more heating during the winter months. In the Northeast, there are also areas that heat their homes with more-expensive heating oil rather than natural gas.

These regional trends largely carry over into people’s concern about energy costs this winter. Here people in the South are closely aligned with colder regions on their concern over cost.

What may be most surprising is the relative lack of concern in the Western United States about energy costs this season. In all other regions, a plurality of people were “very concerned,” while in the West the biggest group was those who were “slightly concerned.” Even more remarkable are the one in ten Westerners who said they were “unconcerned” with energy costs this winter. 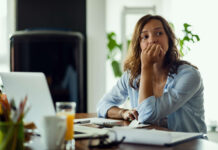 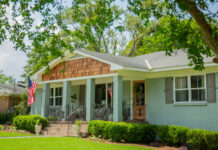 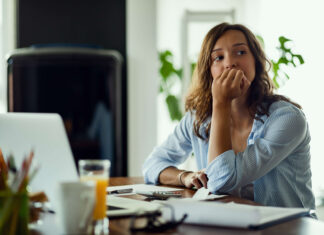