*See step 3A if the crack is less than ½ inch wide
*See step 3B for small, non-structural aesthetic repairs

Cut the nozzle tip of the Quikrete Stucco Repair at an angle with a utility knife. The cut should match the width of the crack; then load into a standard caulk gun.

Slowly draw the gun down the crack, forcing a bead of stucco repair caulk deep into the crack.

Spread and texture the concrete patch to match the surrounding stucco. Then wet the trowel to achieve a smooth finish.

For patches or cracks over 1/4 inch thick, you’ll need to apply pre-mixed stucco patch in multiple layers. Allow each layer to dry before applying the next one.

Watch this video to learn how to repair cracks in stucco

This tip brought to you by:

Danny Lipford is among the country’s most sought-after home improvement experts.
The seasoned remodeling contractor and media personality served as the home improvement expert for CBS’s “The Early Show” and The Weather Channel for over a decade and has made more than 180 national television appearances on “Fox & Friends,” “Inside Edition,” “Morning Express with Robin Meade,” Fox Business Channel, Rachael Ray and more.
He travels the country making appearances as a brand ambassador and spokesperson, and each year contributes expertise to hundreds of popular magazines and online media outlets.
Chelsea Lipford Wolf is a born-and-raised home enthusiast, adding her crafty skills and passion for DIY as co-host of the top-rated, nationally syndicated “Today’s Homeowner” TV show.
In addition, Chelsea maintains her own home lifestyle and décor blog and award-winning web-series, “Checking in with Chelsea.” 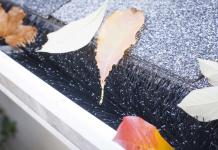 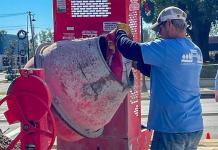 When Do You Need a Concrete Mixer? 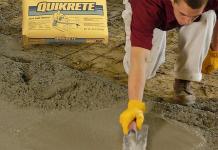 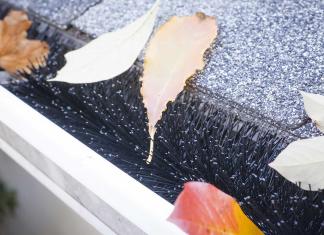 Do It! How to Build Concrete Lawn Borders

How to Install Pavers Over a Concrete Patio Without Mortar

How to Make a Concrete Fire Bowl