I’ve had my front-loading washing machine for about four years, and it has some great advantages – it’s quiet, fast, uses less water and detergent, and gently tumbles (rather than yanking) my clothes. In general, I’ve been so pleased with it that I was shocked one day when I opened the door and was nearly knocked unconscious by a fetid blast of moldy-smelling air!

How could a machine that’s so wonderful, suddenly turn so horribly smelly?

The answer is in the way the machine is designed. Front-loading washing machines have watertight, airtight doors that seal with a rubber gasket. That rubber seal traps moisture in the machine and also provides the perfect nooks and crannies for mold and mildew to grow.

Top-loading washing machines, on the other hand, have a rather loose fitting metal door that easily allows the tank to dry out between loads.

The problem isn’t helped by our laundry preferences. High sudsing detergents and liquid fabric softeners leave behind residues and films that invite mold growth. Cold-water cycles and mild, eco-friendly detergents don’t quite blast away residues like their environmentally-unfriendly counterparts.

If you’ve got a stinky front-load washing machine, here’s how to get it smelling fresh again: 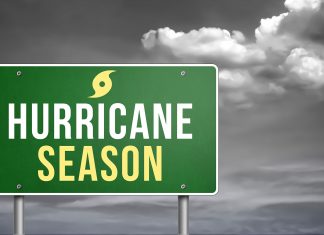 Know the facts about hurricanes — that way, you can make informed decisions to protect your family before, during and after the storm. Here are the myths.