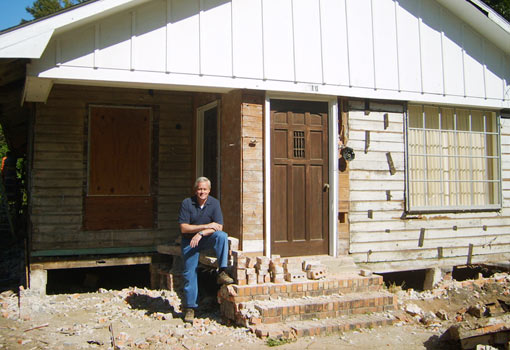 Baseball Hall of Fame slugger Henry “Hank” Aaron’s childhood home was moved to the grounds of the Mobile BayBears minor league baseball stadium in Mobile, Alabama, where it will be renovated and turned into a museum. Aaron and the other members of his family donated the house to the City of Mobile.

The house was built by Aaron’s father in 1942 when the future baseball legend was only eight years old. The original structure measured 24’ x 24’ and was constructed mostly from salvaged materials. Several additions were added to the home over the years to accommodate the Aaron’s growing family of eight children, and giving the house a total of 1,600 square feet.

It took weeks of hard work to prepare the 30-ton structure for the six-mile journey to its new home at Hank Aaron Stadium. To ready the house for the move, the brick veneer had to be removed from the exterior of the home.

A layer of asbestos siding found behind the bricks required safety precautions for its removal. The area around the house had to be cordoned off while the hazardous material was being removed.

The soffit and fascia boards around the eaves were taken off so the roof could be removed in order to lower the height of the structure for the move. After the roofing, decking, and rafters had been removed, the house was covered to keep the rain out.

When everything was ready, steel I-beams were welded together and slid under the house on rollers.

Hydraulic jack were then positioned under the I-beams, and the house was raised up with wood cribbing used to support the structure.

When the house was high enough off the ground, wheels were rolled under it and attached to the beams, and the house was ready to go.

The trip across town to the stadium took six-hours and was accompanied by a police escort. 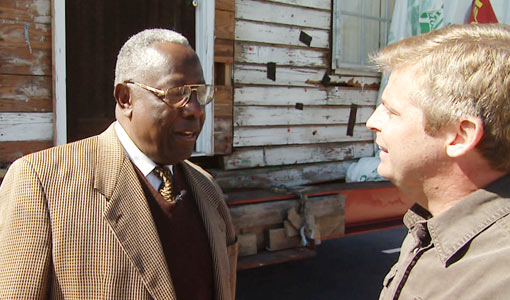 At the groundbreaking ceremony, Hank Aaron discussed his memories of growing up in the house and how much the project meant to him with Today’s Homeowner co-host, Allen Lyle.

How Lumber Is Cut and Graded 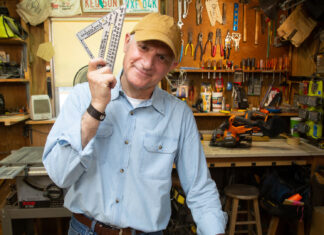 5 Ways to Use a Speed Square

The ingeniously simple speed square is the most practical and useful hand tool for any carpenter or do-it-yourselfer. Here are five ways you can use it.

How to Correct a Sagging Fence Gate with a Caster