According to interior designer Marisa Smith, when arranging accessories on a table, it’s important to position the items so they provide a contrast to the background behind them. For example, a plant would look better with a wall behind it, rather than framed against a window where it would be lost in the greenery outside. 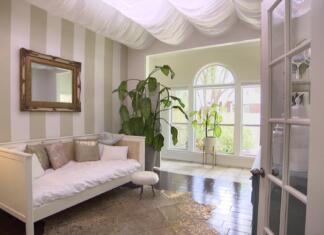