In the second of our two-part series, we complete the process of adding a 500-square-foot sunroom, two porches, a covered deck, and a swimming pool to this house with a beautiful view overlooking Mobile Bay on the Alabama Gulf Coast.

Since the home is located on the water in an area prone to hurricanes, we’ve taken extra precautions to beef up the construction above and beyond the stringent building codes put in place following Hurricane Katrina.

On Room with a View, Part 1, we poured the foundation, framed up the addition, and installed impact resistant windows to prevent wind damage from hurricanes. Laminated glass is composed of an layer of plastic sandwiched between two sheets of glass, allowing it to stand up to high winds and impact from flying debris.

Once the addition had been framed up, the wiring was roughed in for the electrical and home entertainment systems. Ductwork for the heating and cooling system was installed, and the old compressor replaced with a larger unit to handle the extra load.

To reduce air infiltration, holes and cracks in the walls were filled with foam, then cellulose insulation was sprayed in the walls. The insulation is made from 85% recycled newspapers with an adhesive added to allow it to adhere to the wall cavity. Once it was dry, a power roller was used to remove any excess insulation, which could then be scooped up and reused.

An ached entrance was added between the existing house and sunroom to mirror the arches on the porch.

After the drywall had been hung, the various trim moldings were installed. Care was taken to match the beads and bevels used on the custom made windows with other moldings in the room.

The pine floors in the sunroom were carefully spliced into the flooring of the existing house. The new floor included an intricate inlaid pattern of contrasting wood.

The exterior of the addition was covered with cement backer board, followed by a base coat of stucco. Fiberglass mesh was embedded in the stucco to reinforce seams and detail moldings. A second coat of tinted stucco was then applied to the walls of the existing house and addition.

The subfloor on the matching screened porches was covered with cement backer board followed by tile. Porcelain tile were used since they aren’t as porous as ceramic. This makes them less likely to absorb water and crack during freezing weather.

The ceilings of the porches and covered deck were covered with v-groove, 1”x 6” pine boards. The wood was given a light stain and coated with a clear finish for a natural look.

The covered deck that connected the addition to the pool was floored with 5/4” pressure treated pine.

Pressure treated steps were constructed to provide access from the pool area to the lawn below. Copper caps on the railing posts not only add a decorative touch but prevent rainwater from being absorbed into the end grain of the posts.

Once the concrete for the pool had set, a coat of plaster was troweled on the sides and bottom to give a smooth, finished appearance. A stone waterfall, cascading from the jetted soaking tub into the main pool, added a distinctive design element.

To keep the pool area free from unwanted leaves and insects, a custom built, aluminum framework—made by Funrooms of Pensacola, Florida—was erected over the entire pool and covered with durable screening.

A pool house was added to provide and a bathroom and changing facilities without having to go into the house. The privacy fence for the outside shower was made from a dense tropical wood called ipê which is naturally resistant to rot and decay.

A retaining wall made from pressure treated wood was built to stabilize the steep slope below the pool. Ground cover and flowers were planted to make the area attractive and low maintenance while sod was put down on the rest of the area. 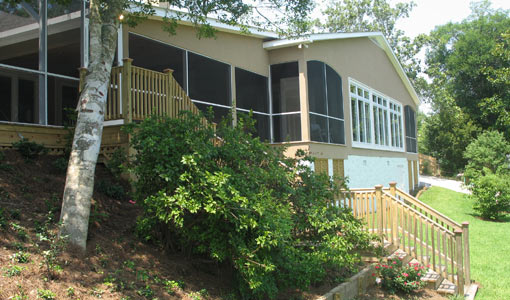 The completed addition and pool really enhance the look and functionality of the house. With a reinforced foundation, beefed up framing, and impact resistant windows, the room with a view should stand up to whatever Mother Nature dishes out.

Find out more at Room with a View, Part 1.

When painting, it’s a good idea to tint the primer the color of the finished paint to reduce the number of coats needed. While a paint store can add colorant to the primer, you can also tint the primer yourself by adding some of the colored paint to it. Make sure the primer and paint are compatible before mixing the two together.

It’s important to keep you lawn watered during dry weather, but timed sprinkler systems often cut on when watering isn’t needed. The Wireless Moisture Sensor from Vigoro uses a remote sensor to monitor moisture levels in the soil. It then relays the information to the timer to prevent it from cutting on unnecessarily. The Vigoro Moisture Sensor is available at The Home Depot.

Today’s tightly constructed houses are great for saving energy, but they can also trap moisture and contaminants inside your home. To reduce indoor air pollution, install vent fans in your kitchen and bathrooms that vent outside. In addition, remember to change the air filter on your heating and cooling system regularly. 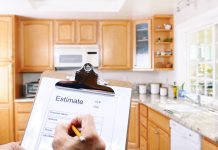 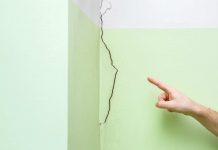 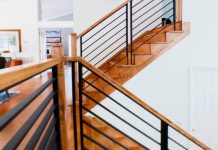 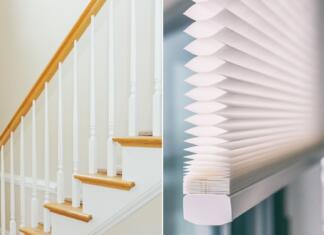