My friend Judy came to visit this weekend, bearing an armful of gorgeous daffodils and a touching story. When she was a little girl, growing up on a tobacco farm in eastern North Carolina, her father would always come home in early spring with a bouquet of daffodils for her mother.

Her mother would ask, “Where did you find daffodils so early?”

And he’d always reply, “Oh, I have my sources.”

He passed away only a few years later, taking with him the secret of the early daffodils.

After Judy was grown and married, she and her husband made frequent trips back to their childhood farms. While taking a walk one late-winter’s visit, they spotted a curious little yellow dot, far back in the woods. Intrigued and never ones to delay an adventure, they trooped through the fields in search of answers.

What they found took their breath away. There at the treeline, at the far end of the farm, were daffodils. Thousands of daffodils, all colors, shapes, and sizes! And these were no ordinary wild daffodils.

These were neatly planted in orderly rows, a farmer’s field. Someone put these here – someone who wanted to keep them secret. Her dad’s secret – they had found it!

The daffodil garden is tucked out of sight, a private oasis known for years only to its creator. It’s uncomplicated and unassuming, a retreat and a source of gifts – nothing more.

Without a doubt, Judy’s dad spent many a quiet hour here, then delighted in surprising his wife with early bouquets. No pretension, no design magazines, no competition with neighbors, just flowers, and more flowers, planted near some good sitting shade.

Gardens don’t have to be elaborate, and they don’t have to be “just right,” the most important thing is that they’re invited to BE. Over thirty years later, Judy and Shelton came to visit me on their way home from the farm, their arms full of daffodils from her dad’s secret garden.

They’re still blooming, still greeting spring somehow earlier than any other flower in town, still wowing anyone lucky enough to get a bunch. 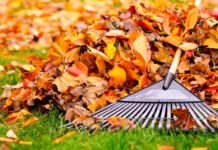