Shifting weather patterns — such as droughts followed by floods — along with inadequate drainage and poor construction are reasons why foundations can heave and crack.

What’s a homeowner to do when their biggest investment begins to crumble before their eyes? They’re left with the ultimate DIY question: Should I repair my foundation?

Read on to learn about structural repairs — and why you shouldn’t tackle these problems on your own.

What is Structural Repair?

So, repairing any part of the home that allows the building to stand as the builders intended it to stand qualifies as a structural repair.

Should I Do It Or Not?

The rise of YouTube has led to a whole new generation of DIYers, with individuals willing to repair just about anything.

But there’s a limit on how much home repair the average jack-of-all-trades should tackle. And structural repair lies just beyond the DIY line and firmly in the land of “call a professional.”

For example, if you attempt to knock out a wall and later discover you’re knocking out a load-bearing wall, you’ll see parts of your home collapse.

If you attempt to repair the foundation of your basement by filling it with caulk, you’re only putting a bandage on a much larger problem. Yes, you’ll keep water from coming in, but the crack will only widen.

The need for a structural repair already means your home’s structure is compromised. One wrong move could mean total, unintentional destruction of your home.

If you’re working on a merely cosmetic issue, go for it. Refinish that ceiling and paint that wall. But anytime you’re messing with the structure of your home, the bones that hold it together, you better call a professional. 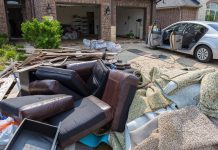 4 Ways to Prevent Water Damage in a Flood Zone 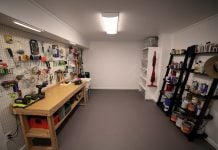 Georgia Townhouse Gets a Basement Makeover 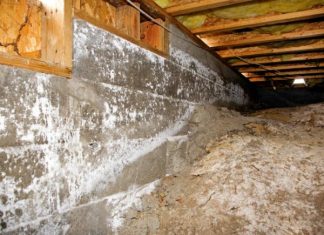 Moisture control in crawl spaces is a constant problem for homeowners in high-humidity areas. Here are some cost-efficient ways to keep that space dry!

Build a Better Basement with BILCO Doors and Window Wells

Tips for Finishing Your Basement