Over 400,000 residential home fires occurred in the United States in 2008—one every 78 seconds. They resulted in 2,755 deaths, over 13,000 injuries, and $8.5 billion in property damage. In addition hundreds more die each year from carbon monoxide poisoning.

While cooking is the main cause of house fires, heating equipment surpasses it during the winter months. 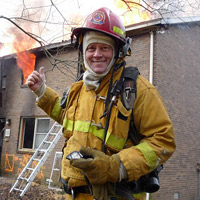 There are a number of steps you can take to reduce the chance of becoming one of these grim statistics, including:

Though often overlooked when building or remodeling a home, a residential fire sprinkler system is the best way to protect your home from fire. While smoke alarms can warn you of a fire when you are home, it’s up to you to heed the alarm and take the appropriate action. A sprinkler system, on the other hand, acts to put out the fire in the crucial minutes when a fire first starts, whether you are home at the time or not. 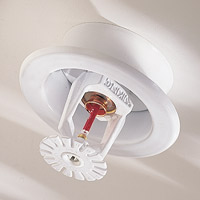 Since sprinklers are activated by heat, not smoke, only the units that are located closest to the fire come on when a fire occurs. In 90% of the homes equipped with a sprinkler system that experienced a fire, only one sprinkler was needed to control the blaze, limiting water damage to the home.

More information on sprinkler systems can be found on the Home Fire Sprinkler Coalition website.

In addition, every home should be equipped with smoke detectors to alert you in case of a fire.

The three main types of smoke alarms are:

How to Install Smoke Detectors:

Carbon Monoxide (CO) is an odorless, colorless poisonous gas that is generated by fire or combustion.

Sources of carbon monoxide include:

A multipurpose (ABC) fire extinguisher should be easily accessible at all times in your home, especially in the kitchen.

ABC fire extinguishers can be used on:

When using a fire extinguisher, remember the acronym PASS, which stands for: 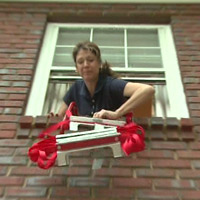 Finally, it’s important to have your fireplace and furnace inspected annually by a trained professional before cold weather arrives.

Have more questions about plumbing projects around your home?

How to Plan Your Dream Kitchen the Easy Way

Solutions for Houses That Slope | Ep. 81

Whether you live in a slope house or have unlevel floors due to an improperly built home that unexpectedly slopes, all kinds of problems can arise.

How Much Does a Swimming Pool Cost?

How to Clean and Oil Your Butcher Block