You don’t have to be a master electrician to own a home, but every homeowner should know the basics about how the electrical system in their house works and what to do when it doesn’t.

Whether you plan on tackling electrical wiring problems around your house or prefer to leave them to the pros, resetting tripped circuit breakers and replacing burned out fuses is something every homeowner needs to know how to do.

An electrical service panel is a metal box mounted on a wall or on the outside of your house which contains either circuit breakers or fuses to control the wiring in your home.

The panel may also include a main breaker or main fuse to turn off all the circuits controlled by the panel. If not, the main for the house may be located at the electrical meter or elsewhere in your home.

The purpose of circuit breakers and fuses is to limit the amount of electricity (expressed in amperes or “amps”) allowed to flow through the wires of an electrical circuit to prevent fires and electrical shocks.

The maximum number of amps allowed before the breaker trips or the fuse blows is printed on the breaker or fuse, and usually ranges between 15 and 30 amps for standard 110-volt circuits.

Make sure you are dry and standing on a dry surface before working on an electrical service panel or doing any other electrical work.

How to Turn Power On and Off to a Circuit

Each circuit should be labeled next to the breakers or fuses or on the inside of the service panel door to indicate which breaker or fuse controls the wiring to each part of your home.

If the circuits aren’t labeled, you’ll have to the flip the breakers or unscrew the fuses one by one until you find the one that controls the circuit you want to turn on or off.

How to Reset a Tripped Circuit Breaker

When a breaker trips or a fuse blows, it’s usually due to a power surge beyond the rated amperage of the breaker or fuse. This could be the result of:

It’s also possible that the circuit breaker or fuse itself is defective and needs to be replaced.

It’s important not to repeatedly reset a circuit breaker or replace a fuse, since it’s usually a sign of a problem with the wiring which needs to be fixed to prevent a fire or electrical shock.

To reset a tripped circuit breaker:

If the circuit continues to trip, there is either a problem with the wiring that needs to be fixed or the breaker itself is defective and needs to be replaced. 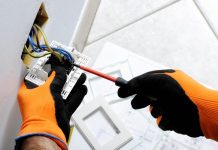 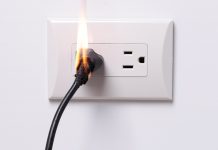 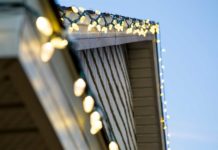 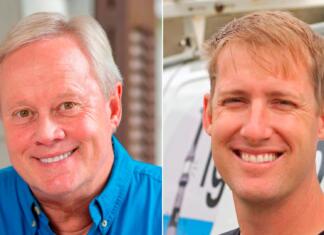