Electronic devices—such as computers, telephones, televisions and cell phones contain hazardous materials including lead, mercury, arsenic, and cadmium. This can have serious environmental consequences if they are discarded in a landfill and allowed to seep into the ground.

To prevent this from happening, always take old electronic devices to an approved recycling center where they can be broken down into material for recycling, and any hazardous waste will be disposed of properly.

If you had a big ol’ blob of toxic waste, you wouldn’t want to just throw it in a ditch somewhere. Think about all this goo just seeping into the land around you. Ok, maybe that example is a little extreme, but it drives home an important point. When you have old electronics, like computers, telephones, televisions and even old cell phones like this, don’t just throw them in the trash to eventually wind up in a landfill. Most electronics actually contain hazardous material such as lead, mercury, arsenic and cadmium; and those poisons can cause environmental problems if they seep into the ground. Always take your old electronics to an approved recycling center where they’ll be broken down into their original materials, like plastic, steel and aluminum, and the hazardous wastes will be disposed of properly. 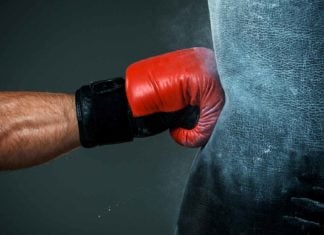 How to Make a Punching Bag from Recycled Materials

This punching bag will provide hours of exercise and fun for kids or adults! Best of all? It's eco-friendly and easy to make.

Upcycle / Recycle: Projects and Inspiration for Your Home