Remodeling is expensive. I can often help my clients manage costs, but not always in the ways they expect.

Most of my clients have been told they can save money on a project by doing part of the work themselves or by cutting corners on materials. Usually, these schemes end up costing more in the long run or throwing off the schedule irretrievably.

If you’re planning a major project, here are some pitfalls to avoid.

Some homeowners insist on reusing a tub, sink, countertop, or range to save a few dollars. The old stuff may not look bad in its old setting, but once you improve the nearby areas with new applances and fixtures, an old refrigerator or range will look especially drab by comparison.

In the vast majority of cases, people who reuse a tub or range, for example, end up regretting it. Plus, older fixtures are apt to fail sooner than their new counterparts, and replacing them often requires tearing out new work.

Although the carpeting in the 50-year-old room you’re redoing might only be a few years old, it doesn’t pay to tear it up and reinstall it. All the costs of reusing it could go a long way toward buying new carpeting. Plus, like reused fixtures, slightly used carpeting installed in a new addition looks especially bad.

The same holds true for used materials. When you look in a construction site Dump-ster, it might seem like lots of perfectly good stuff is being thrown away. But when you calculate the cost of recovering those materials, you end up paying more to reuse them.

Understandably, the thinking here is, how difficult can it be to use a sledgehammer?

Actually, demolition work doesn’t save much because it doesn’t cost much. That’s because demolition is not a skill-intensive part of the job, so the contractor puts his lowest-paid employees on it. If you do the demo work, you’re replacing guys making $8 per hour.

The real savings are to be had replacing, higher-paid pros, like finish carpenters earning $25 per hour. Also, when the contractor does the demo, he’s responsible for containing the dust and getting rid of debris.

Once you take on this task, these are your problems, and they may involve buying a dust-containment system and renting a truck. And finally, demo is the most injury-prone part of the job. Frankly, it doesn’t make sense to risk injury for such a marginal savings.

Splurging on One Item

When choosing kitchen appliances, avoid picking one high-end product and then choosing mid or bottom tier items to keep your budget intact. This approach gives an imbalanced look to the room and may cost you more, here’s why.

If you choose a premium $4,000 range, it just doesn’t look right with a run-of-the mill refrigerator, dishwasher and microwave. But rather than downgrade the range, people tend to upgrade the other appliances. A better solution is to start with more affordable products across the board.

Doing the Painting Yourself

When an estimate comes in a little higher than you expected, or you want upgrades that put you over budget, you might decide to handle the painting yourself. This is a good decision for small projects, such as a single room; but for multiroom additions, exteriors, stairs, and kitchen cabinets, it makes sense to pay for a professional painter if your budget allows.

The new work you find in major remodeling involves time-consuming preparation, sealing and priming that, if not done correctly, will make a great remodel look bad. And this is to say nothing of how much time it will take from your weekends and evenings to get the job done.

Stay Away from Cheap Paint

If you are going to do your own painting, don’t make it worse by buying cheap paint. I can’t tell you how many times I’ve seen people who have spent thousands of dollars on a bathroom or kitchen addition try to save by using cheap paint.

Cheap paint is two-fold mistake. First, it fades and fails quickly, making the room look drab. Second, you’ll have to buy more paint to repaint sooner, practically doubling your material costs and the amount you work.

Look for paint from quality manufacturers such as Pratt & Lambert or Benjamin Moore, for which you can expect to pay at least $20 per gallon.

How to Really Save on Remodeling Projects

You might believe that a high price tag guarantees the best products, but that’s not always true. For example, you don’t have to use marble in the foyer. Tile that closely simulates marble is a quarter the price and far more durable.

The same is true for some trim boards. You might ask for poplar or high-grade pine, but composite lumber, which is competitively priced, remarkably consistent, free of knots and preprimed, will do just as well or better.

The situation is similar for brand-name items. For instance, you can almost always replace fancy brand-name plumbing fixtures with economical substitutes that perform as well for much less. For building products that are essentially commodities, like insulation and framing lumber, it always pays to shop around for the best price. 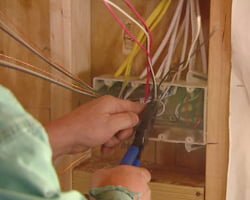 I’d be rich if I had a nickel for every time I’ve heard, “I wish I had extra wiring and plumbing put in when we had the walls opened up.”

The cost of running water-supply lines, waste pipes and wiring for telecommunications (phone, fax, computer) and television (cable, satellite) is pennies on the dollar compared with opening walls and doing the work later. So try to think of potential uses for a room and install needed services at that time.

Large scale remodeling is complex and things aren’t always what they appear to be. Spend to save money? It might sound like advice for fools, but it often does hold true.

When reviewing material choices that you’ve dreamed up on your own or with the help of an architect or interior designer, ask your contractor where inexpensive substitutions would do just as well.

Although a design professional might have a certain look in mind, it’s the contractor who sees the performance of these materials in the field year after year. He or she can be a great practical resource for spotting areas where you’re paying for an expensive product when a cheaper one will perform just as well.

It’s also an opportunity to identify specifications that are really false economy, like cheap locksets or low-grade siding. Sure, the up-front costs are low, but you don’t want to pay the replacement bill. 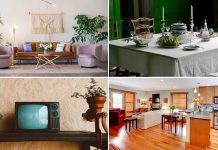 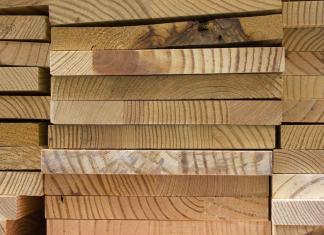 Going into 2022, lumber prices have tripled. Factors lingering from the Covid-19 pandemic and new issues are contributing to the steady price increase.

Painting Kitchen Cabinets: How to Do it The Right Way