Vermiculite is a popular insulation material, but much of the vermiculite used in the U.S. during the 20th century was contaminated with asbestos. Removal of vermiculite insulation can be costly and complicated; but in some cases, you may be able to leave the material in place with proper precautions.

If your home or office has vermiculite insulation, here’s what you need to know to protect yourself from exposure to dangerous asbestos.

Vermiculite is a natural flaky mineral (similar to mica) that expands like popcorn when heated. Vermiculite is used in insulation, fire retardants, cement aggregate, fertilizer, and potting soil. The most popular vermiculite insulation in the U.S. was sold under the brand name Zonolite by W.R. Grace & Co.

Until 1990, most of the vermiculite sold in the U.S. came from a mine near Libby, Montana, that contained a deposit of asbestos which contaminated the vermiculite.

Asbestos is a mineral fiber that can easily become airborne and causes serious lung diseases such as asbestosis, mesothelioma, and other types of lung cancer. It only takes being exposed to asbestos one time to get mesothelioma and other lung diseases. Some of these illnesses can take 20-40 years to show symptoms after exposure. Visit the Mesothelioma Cancer Alliance website for more information.

Vermiculite insulation is pretty easy to identify. It’s pebbly and loose and resembles very lightweight gravel or small packing peanuts. Most other types of insulation are fibrous or woolly.

Vermiculite insulation may be poured inside framed walls or cinder (concrete) block walls, as well as spread out between attic rafters or under floors.

How to Deal with Vermiculite Insulation

If you find vermiculite insulation in your home, the most important step is not to disturb it. Asbestos is only a danger if it becomes airborne. Sometimes the best solution is to leave the insulation in place, and take steps to protect your home against any airborne asbestos particles.

In dealing with existing vermiculite insulation in your home:

*Photos from the Environmental Protection Agency. 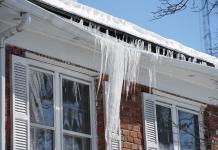 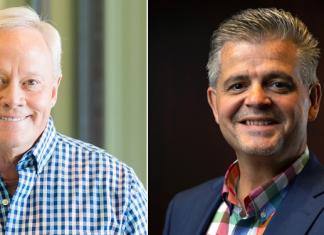 Listen to learn about Cync's wide array of options to make your home even more safe and secure!