Founded in 2013, The Rural Channel (TRC) offers lifestyle and specialty programming to those living and working in rural areas of Canada. TRC is available via Shaw Direct satellite service, and is also carried by a growing number of cable firms throughout Canada.

Show host and namesake, Danny Lipford, recently launched the 21st season of “Today’s Homeowner,” which boasts an impressive weekly audience of 1.9 million U.S. viewers. Airing in 207 U.S. television markets, the show broadcasts to 90% of the country, reaching 109 million households. With its new Canadian distribution, “Today’s Homeowner” will be available to an additional 1 million viewers.

“I am thrilled that our Today’s Homeowner audience continues to grow,” Lipford says. “No matter where homeowners live, they never tire of quality, practical information to help them care for and improve their homes. Our broadcast network and audience have steadily grown over the show’s 21-year history, so this is just another step forward in our successful path. It’s a win for our show, and for our valued viewers, affiliates and sponsors.”

“Today’s Homeowner offers ready-to-use tips/strategies to people who are inclined to do the work themselves and get it done right the first time round,” Wilson says. “And, if they are not DIYer’s, it gives the homeowner a perspective to ensure the contractor is doing the job properly. In addition, Danny, Chelsea and the crew do a superb job of shooting sequences from the homeowner’s point of view. We know The Rural Channel viewers, many of whom are independent thinkers and innovators, will enjoy the Today’s Homeowner series.”

This season on “Today’s Homeowner,” viewers can look forward to even more practical information they can put to use immediately. Episodes will include several customization projects for kitchens and baths along with a garage makeover, multipurpose room renovation and, of course, trendy outdoor living and curb appeal improvements. Viewers will be excited to know the show’s popular contests, “Curb Appeal Makeover” and “Win Danny and His Crew,” will also be a part of this season. 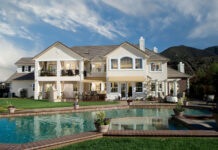 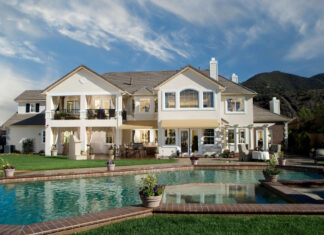