I’ve got an old pickup truck that I use whenever I need to haul material that’s too big or too dirty to put in my car. It’s a 1989 Dodge Ram with a fiberglass cap and only 53,262 miles on it. It doesn’t have a fancy sound system, or automatic windows or heated seats. Heck, I don’t even think it has a cup holder. But I can lay a full 4×8-ft. sheet of plywood flat in its bed, and the bench seat is only slightly smaller than the sofa in our family room. They don’t make vehicles like that anymore. I love that old Dodge.

I’ve only had the truck for about two years, and although I use it rarely, nearly every time I drive it, someone asked me if I was in the Navy, which I wasn’t. At first I didn’t know why anyone would ask me such an odd question, until I remembered the U.S. Navy license plate bolted to the tailgate.

A simple, understated remembrance of my dad’s service, which still draws interest.

My dad was in the Navy; he enlisted as a 17-year-old high-school student, and was immediately shipped off—quite literally—to the Sea of China aboard the heavy cruiser, U.S.S. Columbus. He spent his entire four-year tour of duty in the Pacific Theatre, and saw things he never talked about to me, or anyone else that I know of. I got the truck when my dad died a couple of years ago.

He had been a remodeling contractor, and never owned anything other than pickup trucks. He bought the ’89 Dodge after retiring; it was the only brand-new truck he ever purchased.

When I think back, I remember how proud my Dad was of his Naval service, and how he loved that truck better than any of the others he had owned. Now, when I climb into that cavernous cab, which still carries the lingering smell of his Camels, I, too, feel proud, especially when asked if I was in the Navy.

Like most sons, I could never pay back all that my dad had given me, but I think he’d be pleased to know that the old Dodge is still serving a useful purpose long after his service has ceased. 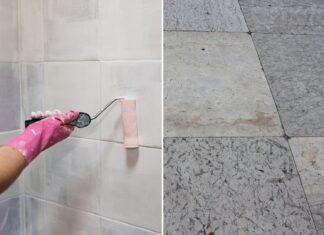