This year Today’s Homeowner is celebrating its 20th season on the air, and we’re taking a look back at some of our most popular episodes from the past. But, 20 years is a lot to squeeze into one show, so we’ve decided to create several “20 Years of…” episodes, each highlighting a specific kind of project. This episode focuses on bathroom renovations – from demolition to putting everything back together.

If you’ve watched us for very long, you know that the way we approach projects has evolved over the years. In the early days the camera crew tagged along with the guys from my construction company and documented the work they did in various people’s homes. You got to see some innovative projects and some pretty cool transformations, but it was really more of a contractor’s story than the homeowners’ story.

Later on, we began to feature smaller projects, where the homeowners took a more active role in the process. Our guinea pig for the new format was my daughter, Chelsea Lipford Wolf, and the First-Time Homeowner series.

Check out lots more bathroom renovations in our Episode Archives, and follow along with us all year as we celebrate our landmark 20th season.

There are tons of painting tools out there, but some spaces are still too tight to reach. Here’s how to modify a painting pad to paint even the tightest of spaces. Watch the video.

Behr has introduced the first paint-and-primer-in-one with a high-gloss finish. It’s 100 percent acrylic, with an extra-durable glossy paint film that is moisture, stain and scuff resistant. It is available at The Home Depot.
Watch the video. 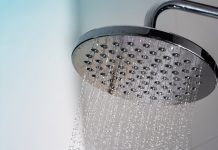 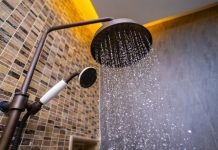 What Is the Wet Area in a Bathroom? 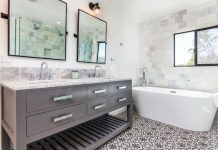 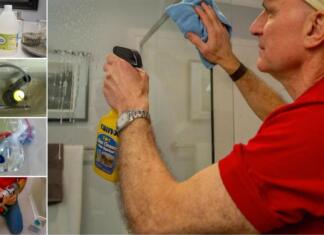