We live in Lake County, California and there are several wildfires right now all around us. We were evacuated for five days and just returned home and are being evacuated again today as I write this.

The reason I’m writing is the particulate matter in the air is very high, meaning there’s a lot of ash floating and heavy, heavy smoke. My air conditioning unit started acting up and was no longer blowing cold air; it was barely blowing at all.

I took the unit apart … the heating and air conditioning unit is inside the house [and there is an] outside blower/condenser… I cleaned the coils and I noticed rust and standing water at the base of the coils… I put baking soda and vinegar in the tray that goes around the coils several times and cleaned as much of the rust as I could.

It was 102 today and the fires make it completely unbearable, so I had to admit defeat and put the unit back together. It is now blowing cold air, but not as strong as I think it should be blowing.

I’m so very sorry to hear about the challenges you are having with the fires.

We constantly are following the fires because we were very affected when we recently taped a show in Santa Rosa, just north of San Francisco.

Being there in that environment, we realized what good people like yourself have to endure as a hardship.
Cleaning all of the rust from the drain pan is one step and, if possible, use a wet/dry vacuum to the drain outlet to pull out any debris that may be preventing it from draining.

But I would strongly recommend when you are back in your home (and we certainly hope that it’s soon) to have a professional air conditioner/ heating contractor service your unit, which would include a deep cleaning of the coil and all other points of inspection that would be included in their service charge.

This will not only improve its efficiency but also make it last a lot longer.

How to Insulate HVAC Ductwork 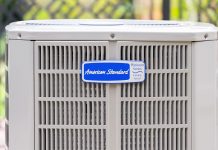 How to Lengthen the Life of Your Heating and Cooling System 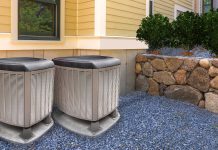 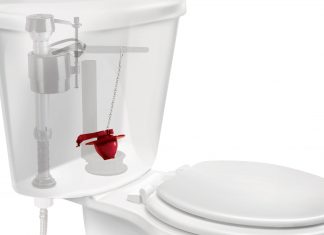 Why You Need Fresh Air Inside Your Home — And AC...

Stay Warm and Safe With These 4 Fireplace Maintenance Tips