While you could hire a contractor to remodel your bathroom, the bill could run as much as $7,000 to $8,000. We’ll show you how to do it on a tight budget by purchasing the materials from the home improvement center and doing the work yourself.

The bath we are renovating is about 50 years old and measures only 4’ wide by 9’ long. With the exception of the shower, all of the fixtures will be replaced and a vent fan mounted in the ceiling. While many of the items we used were available on the shelf at the home center, we were able to special order hard to find items from their catalog.

We started by removing the old toilet. After turning off the water, the handle was held down until the tank had drained. Next, a bucket of water was poured in the bowl to force out much of the remaining water.

After the water supply line and bolts holding it to the floor had been removed, the toilet was taken out and the wax ring scraped away. The sink was then disconnected and removed along with the vanity. Once the fixtures were out of the way, the peel and stick tile floor could be pulled up and the glue scrubbed off using a degreaser and bleach.

In order to accommodate a larger mirror over the vanity, the electrical outlet and light switch had to be moved. This required cutting a hole in the drywall along with adding an additional switch for the vent fan. Since the drywall was already in place, a “pop-in” or remodeling electrical box was used that doesn’t require nailing to the studs.

After the hole for the NuTone combination vent fan and light had been cut in the ceiling, the power was turned off so it could be mounted and wired from the attic. While the fan is extremely quiet, it is efficient as well, allowing the air in the room to be exchanged every four minutes.

Once the old tile floor had been cleaned, chalk lines were popped in both directions to mark the center of the room. To keep the chalk lines from being rubbed out, they were sprayed with hair spray to fix them in place.

The new tiles for the floor were porcelain, rather than ceramic, which is more durable and a bit more expensive. They were installed diagonally on top of the old tile floor using a stiff mixture of thin-set adhesive. A portable wet saw and tile nippers were used to make the curved cuts around the toilet flange while a scoring cutter was used for straight cuts.

Any holes in the drywall were patched and finished. Then new window facing were installed along with baseboards, before the bath was painted.

The vanity for the bathroom was made by RSI Home Products and special ordered through The Home Depot. It features a narrow profile that fit in perfectly with the bathroom. The faucet was made by Kohler and installed before the top was set in place. A sliding glass door for the shower went in as well.

The Rockton duel flush toilet from Sterling has two flushing modes that use either 0.8 or 1.6 gallons per flush. While the eco-friendly toilet was expensive at $680, it can save a family of four up to 6,000 gallons of water a year.

The mirror over the vanity was screwed directly to studs in the wall. Since there was no stud available to hold the towel holder, it was attached to the drywall with Molly bolts, which hold much better than plastic anchors.

When our bathroom budget makeover had been completed, the change was dramatic. While we spent about $2,500 for materials, we probably saved twice that much in labor by doing the work ourselves.

To remove soap scum and hard water deposits from a tile wall in a bathroom, mix one part muriatic acid with five parts water. Since muriatic acid is a harsh chemical, mix it outside. Follow the warnings on the bottle, and wear rubber gloves and eye protection.

Apply the mixture with a nylon scouring pad in small circles over the tile. After rinsing the solution off with cold water, the tile will look as good as new. (Watch This Video)

The Kohler Cimarron Comfort Height Toilet is a taller toilet with a comfortable 17” high seat, the same as most chairs. The standard model is economical as well, using either 1.4 or 1.6 gallons per flush. An EcoSmart model is also available that requires only 1.28 gallons, 20% less than most toilets. Kohler’s exclusive Drylock system makes installation easy.

The Cimarron toilet is available at The Home Depot.
(Watch This Video)

I’m really concerned about mold in my house. Is it that dangerous?
-Gene from California

There is still disagreement among doctors on just how dangerous mold really is. It definitely can cause problems for those with asthma and allergies, and children are particularly at risk. On the other hand, we all breathe in millions of mold spores each year with little negative effects. It’s best to play it safe by repairing any leaks that can cause mold growth and providing adequate ventilation in kitchens and bathrooms. An environmentally approved cleaner can be used to remove any existing mold. (Watch This Video)

Power tools used on Today’s Homeowner with Danny Lipford® were provided by Ryobi. 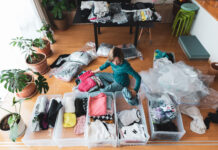 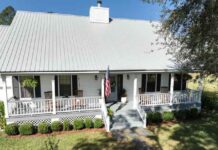 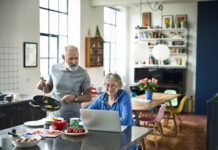 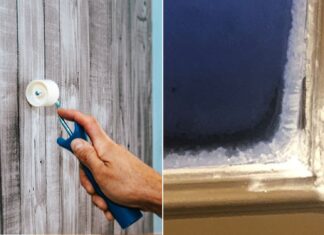