Wonder what type of home loan is the best? Well, that depends on your circumstances. But here’s an overview to help you decide.

Variable-rate loans, as their name suggests, have interest rates that fluctuate with market rates.

Many homeowners choose a variable-rate home loan because the starting interest rate is often lower than fixed-loan rates. The mortgage payment amounts also can change over time.

Lenders like variable-rate loans because fixed loans could carry lower-than-market interest rates for the loan’s life.

Borrowers like these loans because interest rates follow the market; they could rise and fall, so there’s a chance that they could pay less interest.

While there’s more risk for the borrower, who doesn’t know what their loan rate will be five years from now, some lenders do set an interest rate cap, upfront, so borrowers know they’ll never pay more than that amount.

Fixed-rate loans have a single interest rate that borrowers must pay for the entire term of the loan.

A fixed rate is riskier for lenders, because interest is their incentive to do business, and they could get stuck with a low rate for the loan’s life. This is why lenders usually prevent you from paying back a fixed-rate loan early.

Fixed-rate loans offer some stability because you know that your interest rate will remain the same for the entire term.

Interest-only loans are an option for real estate investors or people just starting out in their careers.

For a fixed period — usually five to 10 years — the borrower pays only interest on the loan. This lets them put money toward improving the home so they can flip it later.

After the interest-only period, the borrower pays the amortized principal. So, if the buyer paid interest only for 10 years, they would pay interest and principal for the remaining 20 years.

Or they would repay the loan in its entirety when they sell the property and (hopefully!) turn a profit. 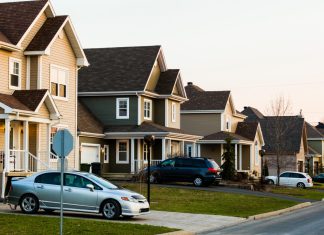