When my wife and I moved to Montana, we found a comfortable home on several acres with a view of the mountains.

There was only one hitch – the house was off the grid. In fact, everyone in the subdivision generated their own power, including the bed and breakfast nearby.

That doesn’t mean it was primitive. The house had solar panels, a wind turbine, a battery bank and inverter, a generator, and a full range of appliances including washer and dryer, refrigerator, stove, satellite TV, propane furnace, and even a dishwasher.

Since I had operated a cogeneration power plant before coming to Montana, I wasn’t too concerned about generating my own electric power, so we bought the house.

Life Off the Grid

The previous owner showed me the critical facilities and told me how to operate them. When we moved in we put CFLs (compact fluorescent lights) in every light socket, programmed the thermostat to automatically lower the temperature at night, and made sure to turn off the lights when we left a room. We thought we had everything under control.

On our third night in the house, we went to bed as usual to the faint sound of wind outside, a sound we were already beginning to enjoy because it generated most of our power. In the middle of the night, I was awakened by the sound of – nothing. No hum of the refrigerator, no furnace fan, and no wind. The tiny power light on the carbon monoxide detector was out, as was the digital display on the clock radio. We had no power.

I got up and went outside to check the power equipment. Apparently the wind had died during the night and the small amount of power in use had drained the batteries. I started the gasoline generator and it began providing power to our house and recharging the batteries.

I had just learned the first lesson of wind and solar power: they can’t always be counted on when you need them. No matter where you are, the sun will always set and the wind will stop blowing. 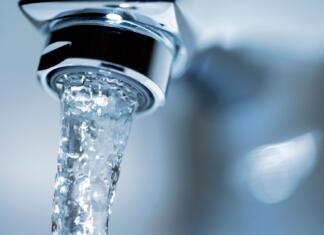 Water conservation is fast becoming a priority for many homeowners. Adopt these simple water saving measures to cut your home’s water usage.